Magpies are birds with a poor reputation, but they’re actually misunderstood creatures. People love and hate these cheeky, chatty birds. They can no doubt be a nuisance to your home and garden, meaning that you may be wondering how to shoo them away for good.

Throughout this article, you’ll also learn some of the following information about magpies:

What Is a Magpie Bird?

There are many species of magpie birds all around the world. Magpies belong to the genus Pica, and they eat fruit, nuts, seeds, insects, small rodents, and even eggs of other small birds. The scientific name Pica originates from medieval Latin, referring to the bird’s reputation for eating anything.

The black-billed magpie (Pica hudsonia) is one of the most common and resides in the western United States. Magpies are relatives of familiar crows and jays. According to the U.S. Fish & Wildlife Services, magpies live in arid grasslands and sagebrush plains, typically in open areas instead of dense forests.

What’s a Group of Magpies Called?

A group (or flock) of magpies is called a “tiding” or “tittering.” This name may be due to their noisy tendencies. Magpies seem to benefit from their group living. Research on tidings of magpies has shown that living in larger social groups is associated with increased cognitive performance.

Why Is a Magpie Called a Magpie?

Sometime during the 17th century, the prefix “mag” (short for Margaret) was combined with “pie,” and the magpie was born! Before earning this twofold name, the birds were simply called “pies,” though language experts still debate the reasons for the nickname.

The origins of the name “magpie” can be traced back several centuries. Margaret is a colloquial feminine name associated with someone who is chatty. Because the magpie bird is noisy, it also earned the chatterbox designation associated with the nickname “mag.”

Before earning the “mag” prefix, these birds were known as “pies,” as were their relatives – crows and ravens. This could refer to the black and white feathering of magpies and the similarities to medieval pies, or it could refer to the tendency for magpies to eat whatever they could find.

Why Are Magpies So Noisy?

Magpies are so noisy because they’re extremely intelligent and have communication abilities similar to basic human language, including telling if another magpie is lying. Because of this, chatter is both loud and constant. The group social structure of magpies also contributes to their noise level.

According to a University of Western Australia researcher and professor, magpies are more vocally complex than any other songbird in the world. Females have been found to make more calls than males and to do so at higher frequencies. Overall, magpies can reach decibel levels comparable to a lawnmower.

Magpies have long tails and shortened, rounded wings, a distinction that easily separates them from crows, according to Jean M. Linsdale of U.C. Berkeley. Magpies are known for their tail that is typically as long as their body and their black and white coloring pattern. The magpie’s long tail often makes them appear larger in size than they actually are.

According to the Montana Field Guide, male and female magpies are similar in appearance and are typically distinguished by their size differences.

Magpie eggs look like blackbird eggs, usually a greenish-gray or blue-green color with brown speckles. Eggs are small and take about 16 days to hatch. Magpies lay eggs in their dome-shaped nest, which usually has two entrances and a cup-shaped area lined with mud and grass to protect the eggs.

There are many similar species to magpies, which can cause some confusion when trying to identify the birds.

Some common lookalikes include:

Are Magpies Protected by Law?

Magpies are protected by law. According to federal and many state regulations, magpies are a protected species of migratory birds. That means that they cannot be hunted, harmed, or killed without a permit to do so.

The Code of Federal Regulations includes a depredation order for blackbirds, cowbirds, crows, grackles, and magpies. There are exceptions to the regulations, including certain circumstances, such as birds causing structural property damage or serious injuries to crops, posing a health hazard, and other specific situations.

However, you should always consult your local authorities to confirm eligibility before using lethal control measures against magpies.

Why Do Magpies Keep Coming to My House and Garden?

Magpies keep coming to your home and garden because they’re looking for food, water, and shelter. Fruits and veggies can attract them, along with birdbaths or standing water sources. Magpies aren’t afraid of confrontation and will scare away smaller birds to get whatever bounty is in your yard.

Other food sources, like your garbage or insects in your gutters, can also attract these birds.

Are Magpies Aggressive and Dangerous?

Magpies are not universally aggressive and dangerous. However, they have a bit of a bad reputation, as they’ve been known to “swoop” on people. But this is more of a territorial response than aggression. Magpies are more aggressive toward other animals than humans.

Magpies can be seen landing on larger animals to eat ticks from their fur, or you may witness them “bully” smaller birds and animals to keep them from competing for food.

Why Do Magpies Attack?

Magpies attack because they’re protecting their young, and this typically only occurs during the mating and breeding season. Male magpies will patrol around the nest and swoop on potential predators if perceived to be threats.

How To Keep Magpies Away From the House / How To Scare Magpies?

The best way to keep magpies away from the house is to eliminate any food and water sources that attract them in the first place. This means that you should get rid of any birdbaths until you get the magpie problem under control and limit the use of any bird feeders.

How to Keep Magpies Out of Your Yard and Garden?

You can cover fruit trees and other plants with bird netting to help keep them from feeding in your garden. Another tip is to trim trees to discourage nesting in the thick foliage.

Another way to keep magpies away is by scaring them. You can use decoys like scarecrows to help deter them from stopping by your house, but magpies are smart and may catch on to this trick if you don’t move the decoys around often.

How To Keep Magpies Away From Bird Feeders?

If you have a problem with magpies, it would be a good idea to remove bird feeders until you get the problem under control. However, if you don’t want to disappoint your other feathered friends, there are some things you can do to keep unwanted guests away.

A good idea would be to look into picking up some squirrel-proof bird feeders, which can also be effective at keeping magpies away. Of course, this will also exclude any other larger birds that you may not mind sharing the seeds.

You may also try hanging some reflective objects (like old CDs) from the trees near your bird feeders to deter the magpies from approaching.

How To Keep Magpies Out of a Chicken Coop?

If you’re concerned with sneaky magpies pilfering the nest in your chicken coop, the best way to keep them out is to remove the food source. This involves collecting the eggs as soon as possible to eliminate the opportunity.

Near the chicken coop is another area where decoys may come in handy. A scarecrow placed nearby may be enough to deter the magpie elsewhere, but you’ll need to move it around for it to remain effective.

You can also consider a catch-and-release trap which you could place near the coop with some food inside to lure the magpie into the trap. Once the thief has been trapped, you can safely relocate and release him.

How to Keep Magpies Away From the Balcony?

To keep magpies away from the balcony, you can try many of the methods we’ve already described, like shiny, reflective objects or decoys. Make sure that you don’t have any flower pots or other containers collecting water or any potential food sources laying around to attract them in the first place.

If you have plants on your balcony, cover them with bird netting to keep magpies from perching on them or eating fruits or seeds. You should also watch for any other areas that the magpie perches and try to eliminate the landing zone.

Since the balcony is so close to the interior of your home, make sure you don’t leave sliding doors or windows open that could lead to an uninvited guest inside your living room or kitchen.

The best way to repel magpies is by scaring them off. Decoys and reflective objects effectively keep these birds away because they don’t like how the light looks when it reflects off a shiny surface.

Here are some of the best repellents to scare off magpies: 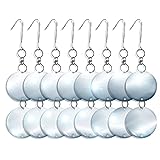 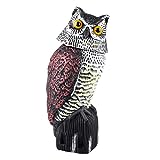 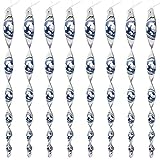 Magpies are bold and social birds that don’t have any problem coming close to homes and lawns. They can be a nuisance, but they aren’t inherently dangerous.

Here’s a rundown of the topics covered in this article: