Mothballs are thought to be effective rodent repellents since they contain naphthalene, a substance with a strong smell and toxic vapor. However, this is a common misconception.

Mothballs repel mice, but only in large quantities as they’re not very effective repellents. It can be used to drive mice away from specific living areas, such as attics and kitchens, or lure them away from their hiding spots, but they’re not powerful enough to get rid of them entirely.

If you want to know how to use mothballs, the dangers and disadvantages of using them, effective alternatives to mothballs, and how to naturally repel mice, this article covers that information and more!

Do Mothballs Get Rid of Mice?

Mothballs do not entirely get rid of mice. They repel them to an extent by luring them away from their current locations in your living area. However, they’re simply not potent enough to drive them away completely from your household.

How to Use Mothballs to Get Rid of Mice?

Step 1: Follow the instructions included with mothballs to reduce exposure to the chemicals present in them.

Step 2: Poke a few holes in an airtight container with a lid. Make sure they’re miniscule in size to minimize the number of toxic vapors being released.

Step 3: Put 2 to 3 mothballs, or more, in the container. Place them in areas where you think mice are located.

Step 4: Make sure you take extra precautions, especially when you have children and pets in your household. They shouldn’t get near the areas you placed the containers.

Do Mothballs Keep Mice Away Outdoors?

It depends on the situation. If you used a lot of mothballs, they might scurry away from their current location in your household and escape outside. However, this doesn’t ensure that they won’t return.

If the mothballs used were only a few, they may not have any reaction to it or will simply relocate to an area in your household that’s free of the mothball smell.

Is Mothball Harmful to Humans?

Mothball contains the fumigants paradichlorobenzene or naphthalene as nearly 100% active ingredients. This dissolve into vapor when in contact with air. If a person is exposed to one of these chemicals long enough, it can cause dangerous effects on human health.

Both these gases can irritate the eyes and lungs and cause nausea, headaches, and dizziness. Naphthalene is the more dangerous ingredient. It can develop hemolytic anemia in humans, wherein red blood cells break apart and can no longer carry oxygen.

Paradichlorobenzene, on the other hand, causes slight irritation to the eyes and nasal passages. After prolonged exposure, it can also cause a burning sensation on the skin, fatigue, weight loss, nausea, vomiting, and headaches.

Babies are the most susceptible when they are exposed to large amounts of mothball vapors since their bodies are not developed enough to remove toxic byproducts formed in their blood.

What Happens if You Swallow Mothballs?

You will experience stomach problems such as nausea, diarrhea, vomiting, and abdominal pains. You can also develop a fever and, over time, have additional symptoms such as jaundice, shortness of breath, pain when peeing, convulsions, and low blood pressure.

It’s important to seek immediate medical care when accidentally ingesting mothballs or when you feel the first signs of mothball poisoning from excessive exposure.

Is Mothball Harmful to Pets?

They’re more vulnerable to pets as they may accidentally ingest them thinking they’re food, especially dogs since they have inquisitive natures.

The toxicity depends on the size of your pets and if the mothballs were directly ingested or your pets were exposed to the vapor. Either way, it may cause a lot of harmful health effects, including stomach upset, vomiting, diarrhea, and overall weakness.

Where Should You Not Put Mothballs In?

Mothballs shouldn’t be left in areas that are within reach to children and pets, such as floors, closets, and lawns or gardens. They also shouldn’t be placed in clothing and blankets as the active ingredients may penetrate the fabric.

Mothball ingredients spread easily into the air no matter where they’re placed, so it’s important to place them in airtight containers.

What Can I Use Instead of Mothballs?

Mouse traps are proven safe and the most effective control method for mice infestations. Choose the appropriate bait, such as peanut butter, place them in the mouse traps, and wait patiently for the mice to fall into the trap.

Here are the different types of mouse traps: 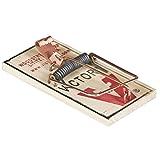 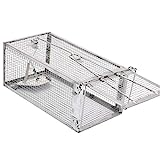 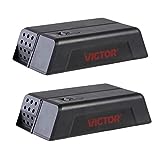 Catchmaster 72MAX Pest Trap  offers peanut butter-scented glue board traps so your mice could easily get attracted to it and get trapped.

Rodenticides or mouse poisons can also be used, but they should be placed in secluded areas to keep out the reach of children and pets.

Related: How to Catch a Smart Rat? | Information and Control Guide

How to Naturally Repel Mice?

Essential oils, such as peppermint oil and clove, can be used to repel mice by soaking some oil in cotton balls and then placing it inside small cups near possible entry points or hiding spots. Planting a peppermint plan itself in yards can be a helpful deterrent too. 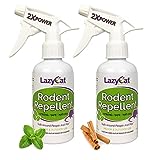 Pepper can also work against mice as it contains capsaicin, which irritates their eyes and skin. Pepper sprays can cause inflammation in mice when they’re inhaled.

You can also acquire the help of cats if you have one or if you’re willing to adopt since they’re natural predators of mice and will scurry if they detect their presence. You can even just simply use cat litter to successfully deter mice.

How Do I Stop Mice From Coming Into My House?

Related: Mice Control: How To Get Rid of Mice?

Mice are pesky and troublesome rodents that thrive and cause significant damage in homes, commercial structures, open fields, and agricultural lands.

Mothballs can repel mice but only to a temporary and limited extent—they either get driven away from households but will come back at a later time when the coast is clear or relocate to safer mothball-free areas.

Mice traps are more effective methods of mouse control than mothballs. Homeowners can also use natural repellents such as peppermint oil, cloves, and pepper, and even use cat or cat litter.

Moth Balls Can Be Dangerous to Children. (2011). Connecticut Department of Public Health.