Many individuals believe that any insect that lives and hides on their mattress is a bed bug. You may, however, encounter another form of insect known as a bat bug. Understanding the distinctions between them may assist you in determining the most effective method of pest control.

What is a bat bug, and how to control its infestation? A bat bug’s natural habitat is any environment that is also home to bats. However, in the absence of bats, these pests will attack and feed on humans. You can control a bat bug infestation by removing bats from your home and spraying a pyrethroid pesticide in the bugs’ nest.

This article will explain what bat bugs are and how to distinguish them from bed bugs. Additionally, it will cover products that may be used to eradicate these pests and keep them from returning swiftly.

What Is a Bat Bug?

Bat bugs are blood-sucking insect parasites that predominantly feed on bat blood. However, if given a chance, this species will bite people. They cannot sustain themselves without bats around. Bat bugs are closely related to bed bugs and look so similar that they are sometimes confused.

Bat bugs are relatively little insects, comparable in size to bed bugs. However, these insects are significantly hairier and have longer hairs than bed bugs.

If you are acquainted with the look of a bed bug, this knowledge will assist you in recognizing bat bugs.

To tell the difference between the two species, you’ll need a stereoscope with a magnification of roughly 50x. Because of this, you will have to trust your senses when looking for them in an average home.

How Big Are Bat Bugs?

The typical mature bat bug is around ¼ in. (6.35 mm) in length, similar to the bed bug. However, the juvenile bat bug size may be as tiny as a pinhead.

They are spherical from birth through adulthood and have a reddish-brown tint.

Related: How Big Are Bed Bugs?

Where Do Bat Bugs Live?

Bat bugs often live in areas where bats have built colonies inside, such as attics, chimneys, and similar sites. However, after a few weeks of the main hosts leaving, bat bugs begin going into residences, searching for other hosts.

Once they have a host, bat bugs will conceal themselves in mattresses and box springs, bed frames, and other areas where the host spends most of its time.

How Long Can a Bat Bug Live Without Food?

Adult bat bugs can live without food for a year or more, but the female must feed on blood to create eggs. At roughly three weeks, young bat bugs must obtain a blood meal to molt; otherwise, they will begin to deteriorate and perish.

Bat bugs cannot fly. They crawl and reach regions in your house using their legs. However, when hooked to a bat, bat bugs can resist falling through the air. But while the bat migrates, the bugs may get dispersed and land in random locations, creating the illusion of flight.

Bat bugs are not dangerous to people. Humans have varying degrees of response to bat bug bites, but the most frequent is a lump and acute itching. Scratching the welts may result in infection, but this has nothing to do with the bat bug.

Certain individuals can have an allergic response to the proteins found in the bug’s injected saliva. Although this is not a typical situation, you should still confirm with a doctor whether you’re allergic to these pests.

As previously stated, these bugs will bite humans in the absence of their main hosts. Bat bug bites on humans may go undetected, but they are supposedly more painful than bed bug bites in some cases.

Tiny bite marks are signs of bat bugs. Additionally, you may see specks of blood on your linens when you get out of bed. However, these indications might imply bed bugs or bat bugs.

If a bat was recently in your home and you have not been around bed bugs, you most certainly have bat bugs in your home.

Related: Can Bed Bugs Get in Your Skin?

Bat bug bites often appear as lumps or red welts that are uncomfortable. The bumps may be in clusters since it is uncommon for a single bat insect to feed on you.

Notably, you may not realize you’ve been bitten until the symptoms begin to show.

Itching and soreness will last for around one week. However, several home treatments can alleviate itching and discomfort, including the following:

Bat bugs are not carriers of human infections and are not known to transmit diseases from bats. The only risk associated with these pests are:

Due to their similar appearances, it may be difficult to tell the difference between a bed bug and a bat bug. Moreover, these insects can exhibit the same behaviors, like dining on humans, in certain conditions.

To aid with identification, the following sections will compare and contrast the two.

Are Bat Bugs and Bed Bugs the Same Thing?

Both bat bugs and bed bugs are members of the Cimicidae family; however, they are different. Generally, only a qualified pest control professional will be able to determine if the bugs you find in your house are bed bugs or bat bugs.

The housing grounds of the insects are a significant component in determining if they are bed bugs or bat bugs.

Bed bugs are often found near humans. On the other hand, since bat bugs feed predominantly on bats, they are primarily found in the hosts’ breeding areas. Attics, ceilings, and walls are all examples of such locations.

Furthermore, though both bat bugs and bed bugs are bloodsuckers, their preferred victims are different. The human being is the preferred host of bed bugs. Bat bugs, on the other hand, like to feed on the blood of bats.

Another bat bug behavior that you won’t find in bed bugs is a lack of reproduction in bat-free homes.

How Do You Get Bat Bugs?

If a bat has gained access to your attic or other regions, you get bat bugs in your house. They will follow their prey wherever it goes. Once the bat bugs become blood-starved, they will make their way into areas of your house that you frequent, such as your bed.

What Are Bat Bugs Attracted To?

Besides their prey, bat bugs are attracted to temperatures above 35° C (95° F) because they survive best in these environments. In addition to this, they are attracted to crevice-like roosts or attics, which become heated during the summer months.

Bat Bug Control: How To Get Rid of Bat Bugs?

If you have an infestation, you must know how to kill bat bugs to avoid annoying bites.

To get rid of bat bugs, here are some of the chemicals you can use:

Those above are all authorized chemicals for the treatment of bat bugs. However, you can also employ a bat bug exterminator to fix your situation rapidly.

It’s worth noting that the average lifespan of a bat bug is nearly 18 months, with numerous generations generated in a single year. This implies that an infestation may swiftly escalate into a significant problem and should be addressed promptly.

Related: How to Prevent Bed Bugs in Your Home?

You can use over-the-counter medications such as skin creams, antihistamines, and lotions to treat bat bug bites.

Under the guidance of a physician, they may also be treated using prescription drugs and ointments. The severity of the response determines treatment.

If your pet exhibits symptoms of skin irritation, it is critical to take them to their veterinarian clinic for a professional inspection and treatment.

While bat bugs can not transfer germs that cause illness, some bat bug bite symptoms include sleeplessness, anxiety, and panic.

Related: How to Treat Bed Bug Bites and Prevent Them?

Use Temprid FX Insecticide from Amazon to treat and prevent bat bugs. This solution instantly eliminates most of the bug population and provides residual protection for up to six months.

It is safe to use around your house since it is a low-odor, stain-resistant solution designated for hardwood, upholstery, carpet, and other textiles. Additionally, it is effective against bat bugs of all ages and their eggs.

To use the product, fill the accompanying cup with insecticide and add it to a gallon of water. Following that, use a pump sprayer to apply it to the outside of your house. 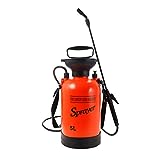 If you have an infestation, the manufacturers suggest using the solution every two weeks, but once a month should do as a repellent. 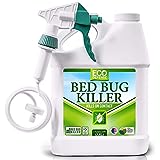 This spray is an organic, non-toxic solution that is also stain-resistant. It is entirely safe for use around children and pets.

While the Eco Defense Bed Bug Killer is efficient, it leaves no residue for continued insect protection.

Therefore, if you have a severe infestation, you should select the Harris Black Label Killer from Amazon. It remains effective against bat bugs for up to 16 weeks after treatment.

Although it is not organic, it is appropriate to use in households with dogs and small children. However, it is recommended that they remain outside the room.

Additionally, similar to organic choices, it is an odorless and stain-free product that will not harm surfaces.

Aspectek Sticky Dome Traps from Amazon enhance a traditional bug trap by adding a heat light. This lamp boosts its attractiveness to bat bugs and other bloodsuckers, speeding up the elimination of these pests in your house. 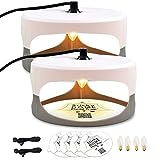 If you’re looking for a less complicated trap that doesn’t need electricity, Harris Bed Bug Traps from Amazon are your best option. They are lightweight and come in a pack of twenty. 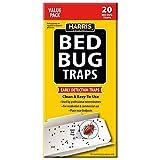 You can place one of these traps in different locations around your house to assist in the capture of bat bugs. However, it would be best to keep in mind that traps are not a cure-all for an infestation, but they are excellent for determining where bat bugs visit most.

Ortho Home Defense Spray from Amazon is an excellent bat bug repellent that gives up to a year’s protection. It is odorless, which means it will not leave a fragrance in your house despite its longevity. 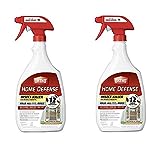 For those looking for natural alternatives, use EcoRaider Bed Bug Killer Spray from Amazon. It is non-toxic and gives two weeks of protection. 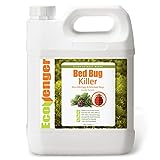 The natural habitat of a bat bug is a hot location that is also home to bats. Without bats, these pests find their way into your house, where they feast on people and pets.

These pests are remarkably similar to bed bugs but have key distinctions, including hairier, and they would much rather choose the blood of a bat above yours.

Bat bugs are not a hazard to humans since they do not transmit illness. Itching, pain, and inflammation may linger up to a week after being bitten, but these are the only typical symptoms.

Bartonička, T., Gaisler, J. (2007). Seasonal dynamics in the numbers of parasitic bugs (Heteroptera, Cimicidae): a possible cause of roost switching in bats (Chiroptera, Vespertilionidae). Ministry of Environment of the Czech Republic.