Larder beetles are among the kitchen or pantry beetle species that invade stored dry food products around the world. But unlike most pantry pests, they may also be found in museums and attics, eating dead rats and mice.

This makes them even more challenging to eliminate, especially during their peak season.

As a homeowner, you would want to prevent larder beetles from entering your house. Although they help a lot in recycling animal protein and organic debris, these beetles are also notorious pests indoors.

After reading this article, you will learn everything about larder beetles and how to get rid of them effectively.

What Are Larder Beetles?

Scientifically known as Dermestes lardarius, larder beetles are household and commercial pests that belong to the Dermestidae family. As the name implies, the larder beetle feeds on a wide variety of meat products.

Larder beetles are close relatives of carpet beetles. They are widely distributed around the world, including in Europe and the United States.

These scavenger beetles are commonly found in homes, museums, livestock facilities, and other places with food preparation, dry pet food, and foods with high protein content.

Adult larder beetles are black or reddish-brown and are about 1/3 inches (8.5 mm.) long. The middle part of their wing covers has a pale band yellow with six dark spots.

Their legs and underside of the body are covered with fine yellow hairs, while the top of their tail end has two curved spines called urogomphi.

Larder beetle larvae are usually reddish-brown to almost black, with a cigar-shaped body that is heavily covered with hair. Just like the adults, they also have a pair of spines on the last segment of their abdomen.

The Life Cycle of a Larder Beetle

These eggs usually hatch within 2 weeks. Larvae will then start to feed until they mature.

Larder beetle larvae undergo 5-6 instar stages, which usually last for 40-50 days. Afterward, they will bore holes in wood and wooden structures where they can safely pupate.

Depending on the temperature, the pupal stage may last for 3-7 days only. On average, the life cycle of larder beetles is completed in 2 months.

What Time of the Year Larder Beetles Are Active?

Larder beetles are very active in the spring, and females will start laying eggs in the summer. During these seasons, these beetle species will live in large groups in museums and residential and commercial establishments.

Both adults and larvae are also known for attacking nests of birds and rodents to eat insects.

Where Did Larder Beetles Come From?

Historically, larder beetles have been a longtime pest of cured meat products in the US, Canada, and Europe.

However, their population somehow decreased when the habit of refrigeration of foods began, and people buy meat only in small quantities. But still, these wood-boring beetles continue to infest pantry foods.

If you find ladder beetles inside your home, they are likely from a purchased infested food. Outdoors, these beetles can be found feeding on flower pollen or dead animals.

Once spring arrives, they will enter buildings and houses where a food source is abundant. Ladder beetles can pass through tiny crawl spaces.

What Are Larder Beetles Attracted To?

Why Am I Getting Larder Beetles in My House?

There are three possible reasons why there are larder beetles in your house. First, you may have bought dry food packages that are already infested. Second, your attic may have some dead rodents or insects.

And third, your house has small cracks where larder beetles can enter, especially during spring and winter.

Ladder beetles hibernate but not necessarily the way cold-blooded animals do. Instead, they wait for winter to pass before they become as active as they normally do. This process is called overwintering.

Does One Larder Beetle Mean Infestation?

Having one or a few adult larder beetles inside your home does not necessarily mean that there is already an infestation. These beetles may have only entered your house during peak season.

But once you find them in their food source, they can easily accumulate, and infestation is very likely to happen soon.

How Do You Know if You Have a Larder Beetle Infestation?

As mentioned earlier, larder beetles love to eat different kinds of dry foods, as well as dead animals. And since females deposit eggs on their food source, an infestation is very likely to happen once the eggs hatch.

Note that their larvae are also scavengers. Therefore, here are some signs of a larder beetle infestation:

What Is the Best Way to Get Rid of Larder Beetles?

The best way to get rid of larder beetles is by eliminating their food source. This includes throwing away infested food and regular cleaning of areas where rats and insects are attracted to.

For more effective cleaning, use a vacuum cleaner with a crevice tool such as Shark Navigator Lift Away Upright Vacuum . 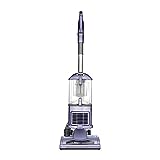 If there are food packages that are already heavily infested with larder beetles, throw them away. If there are only a few beetles, remove them one by one by hand. Alternatively, freeze the containers at 0°F for 24 hours or more.

How to Avoid Larder Beetles From Emerging in Spring?

Again, spring is when larder beetles are most active. It is also during this season that they mate, reproduce, and are very likely to enter your house. In most cases, these beetles may have just emerged from hibernation.

To avoid them from emerging, especially in the spring, here are some things you can easily do: 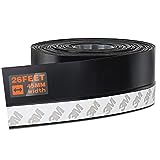 Cold can kill larder beetles, which is why they overwinter in buildings and homes. In fact, placing an infested food package in a freezer at 0°F (-17.7°C) for at least 24 hours can kill all life stages of larder beetles.

Nonetheless, they can survive winter by going into a state of diapause or suspended development.

Using insecticides against larder beetles is not recommended, especially in the kitchen and pantries. Aside from that, these beetles can easily fly to another place.

Therefore, the best way to prevent an infestation is proper sanitation. If they become uncontrollable, call a professional pest control service immediately.