Cockroaches are notorious household pests, while beetles are usually thought of as being only outdoors. But since both of them are rarely seen in the daytime, you might mistake one for the other. Therefore, you might assume that there are no beetles inside your house. In that case, you could have them without knowing it.

If the insect runs so fast once you make a sudden movement, then it is a cockroach. If it tries to fly, it is likely a beetle. Roaches are a bit bigger than beetles, and they have flat bodies and long antennae. These creatures look creepy and are also very hard to kill.

Cockroaches can be black, brown, or reddish-brown and come in different sizes, depending on the species. All roaches have compound eyes, long antennae, six spiny long legs, and flat, oval bodies covered with a hard shell (or exoskeleton). Adult roaches can grow between 1/2 inch and 2 inches (12.7 and 50.8 mm) long.

Young roaches (or nymphs) look the same as the adults, except that they are smaller and have no wings. Male adults have two pairs of wings, but only a few of them can fly. Their forewings called elytra serve as a protective covering for hindwings. Most females are wingless or have very small wings and cannot fly.

Roaches can easily be identified through their full-body wings. In short, there is no visible gap between their head, thorax, and abdomen. Their abdomen has 10 noticeable segments, while their head is covered with a big shield structure called pronotum. When viewed from above, their heads are somehow hidden.

Related: What Is a Cockroach? | Information and Facts

Beetles also come in different sizes, depending on the species. They can be black, blue, brown, gold, green, orange, or red, and usually have bright colors. Some beetle species have stripes or marks or a combination of colors. Beetles have short antennae and chewing mouthparts, but some have huge piercer jaws.

Beetles have cylindrical, segmented bodies, wherein you can easily notice the separation between their head and thorax. They also have a hard head and two pairs of wings. Although most beetle species can fly well, some are flightless because their veinless and hard forewings meet and are fused to their bodies.

All beetle species have compound eyes in front of their head and six short legs that have no hard spikes. Each foot has a pair of short but sharp claws and seems to be bending towards its body. Adults can grow up to 6.5 inches long. Immature beetles are called larvae, which are worm-like grubs with true legs.

What Is the Difference Between a Cockroach and a Roach?

At first glance, some beetle species can be mistaken for roaches. But if you place them beside each other and will close closer, they don’t have the same physical appearance. Their life cycle, eating habits, behavior, and habitat are also not the same. Here are the major differences between a cockroach and a beetle.

Meanwhile, beetles undergo complete metamorphosis, which means they pass through four life stages – egg, larval, pupal, and adult. Female beetles lay eggs, which hatch into larvae within 7-10 days. Beetle larvae will start to eat and molt about 15 times before they pupate. Adults usually emerge after 7-10 days.

Cockroaches are not picky eaters and eat almost anything available except for metal. This includes human food, human and animal waste, fingernails, garbage, glue, grease, hair, toothpaste, and even their dead comrades. They may also eat their eggs and nymphs if food is unavailable. In general, roaches are omnivores.

On the other hand, most beetle species eat plant parts such as flowers, fruits, leaves, and seeds. Some species feed on other insects (dead or alive), spiders, and snails. Adults and larvae of Epomis beetles (a type of ground beetle) eat frogs. This beetle species behaves like a parasite and eat live frogs to death.

Contrary to what many people think, cockroaches are not afraid of humans. They don’t mind approaching people but will run away once a person makes a sudden movement. Amazingly, these disgusting pests can run up to 3 miles per hour. They can also survive for a month without food and a week without a head.

Unlike roaches that usually escape from predators instead of fighting back, most beetle species defend themselves with their powerful mandibles. Beetles don’t attack humans but may bite when threatened. Some species, such as Blister beetles and Bombardier beetles release chemicals that cause skin irritation.

Cockroaches live in a very wide range of environments but prefer dark, wet, and warm areas. They are very much attracted to moisture and standing water. In most cases, you can find them in leaky pipes, floor drains, damp basements, and sewer systems. As scavengers, roaches can also be found in open trash cans.

Beetles also have different habitats, depending on the species. But then, most species live in gardens, vegetation, and rainforests. They can also be found near water, in the desert, and beneath the ground. Adult beetles rarely live indoors, but they enter houses and buildings to find food and shelter and to lay eggs.

What Are the Distinct Similarities Between Beetles and Cockroaches?

Aside from being insects, the beetle and the cockroach bear some resemblance to each other. Although they have very obvious differences, they are also similar in some ways. But again, you need to observe them closely. So, without further ado, here are some of the distinct similarities between roaches and beetles:

1. They walk with a tripod gait.

Since beetles and cockroaches have three pairs of legs, both of them walk with an alternating tripod gait. While walking, the foreleg, middle leg, and hind legs on one side touch the ground, and the three other legs on the other side are off the ground. Cockroaches run faster than beetles, but the latter are better fliers.

2. They are both nocturnal insects.

Both insects are largely nocturnal, which means that they are mostly active at night and hide in dark places during the day. This behavior not only protects them from predators but also from humans. However, it does not necessarily mean that they are afraid of the light. In fact, some species are attracted to light.

3. They are both social insects.

Both cockroaches and beetles are generally social insects and tend to travel in groups. But then, don’t be surprised if you see a lone roach or beetle inside your house. It could be that the others are hiding somewhere. Otherwise, the insect you saw accidentally entered through a small gap or a broken window screen.

4. Both of them don’t build nests.

Unlike ants and bees, roaches and beetles don’t build nests. Instead, they move tirelessly from one place to another to look for food. Some beetle species use a rodent and bird’s nest, while roaches release pheromones to invite others to join them. Female beetles and roaches are great mothers and protect their young.

Is There a Beetle That Looks Like a Cockroach?

There are some beetle species that look like cockroaches. They are the ground beetle (Carabidae), the June beetle (Phyllophaga), the longhorn beetle (Cerambycidae), the Palo Verde beetle (Derobrachus hovorei), and the wood boring beetle (Buprestidae). Yet, it is not hard to distinguish them from roaches.

Are Beetles and Cockroaches Poisonous to Dogs?

Beetles and cockroaches are not poisonous to dogs since both insects don’t have poison inside their bodies. Although roaches carry lots of germs, dogs can eat them without getting sick. But then, blister beetles (Meloidae) release a toxin called cantharidin that causes stomach upset to dogs and is deadly to horses.

The damages due to cockroaches include tear-off paper, clothes, plastic, as well as smear marks. Meanwhile, symptoms of infected people include chills, fever, headache, stomach cramps, nausea, vomiting, and blood in the stool. In worst cases, it can lead to dehydration, which may require hospitalization.

What Damages Can Cockroaches Cause?

Cockroaches can damage some belongings, including leather, books, papers, and clothes. Their feces, saliva, and cast skins can cause skin irritation, and watery eyes, and can trigger asthma, especially in young children. Although roaches don’t bite or sting, they can contaminate food, kitchen utensils, and other items.

Getting into contact with contaminated items can lead to intestinal diseases such as cholera, diarrhea, dysentery, food poisoning, gastroenteritis, and typhoid fever. When bacteria get into food and are swallowed, patients can suffer from E. coli infection, salmonellosis, staphylococcus infection, and streptococcal infection.

The damages due to beetles in the garden include fallen twigs, chew and bite marks on fruits, irregular holes in leaves, brown leaves, and other plant diseases. When indoors, signs of damage due to beetle larvae include smashed dry food packages, spill-out dust, and infested foods that can no longer be eaten or sold.

What Damages Can Beetles Cause?

Most beetle species don’t bite, sting, or carry diseases. Meanwhile, their larvae are considered destructive pests. Beetle larvae can cause severe damage to plant-based materials such as fabric, leather, and carpets. Some species, such as drugstore beetles, are pantry pests and eat dry food, especially grains and seeds.

Beetles vs. Cockroaches | Which Is Easier to Kill?

Generally speaking, cockroaches are harder to kill than beetles. This is because they run faster and have a hard exoskeleton. And as mentioned earlier, they can still live for a week despite being headless. Also, a 2019 study suggested that the German cockroach has become more resistant to some insecticides.

A roach spray can also kill beetles, but it depends on the product. Some products, such as Raid Ant & Roach Killer Spray , are designed not only to kill roaches. They can also eliminate ants, carpet beetles, multicolored Asian lady beetles, and spiders. However, these sprays should not be used on food items. 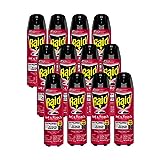 How to Prevent Serious Beetle and Cockroach Problems?

Preventing serious problems with beetles and cockroaches is quite challenging. But now that you know their eating habits and behavior, you already have some clues on how to avoid them. Despite the differences between these pest insects, most preventive measures against them are the same. Here are some of them:

Seal all possible entry points, including cracks and crevices. For better sealing of doors and gaps around walls, you can use Vitam Amo Weather Stripping Seal Strip . If you have broken window screens, replace them immediately. Check dry food packages for holes and damages before bringing them inside your house. 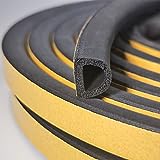 Since dry foods such as grains and seeds are part of beetle larvae’s diet, store them in tightly-closed containers. Also, seldom-used carpets and fabric should be kept in insect-proof cabinets. To prevent cockroaches, don’t leave them on the table, and keep your kitchen dry. Fix leaky pipes and avoid having standing water.

Cockroaches and beetles are stubborn pests, so inspection and cleaning should be done regularly. Empty and cover garbage cans every night. From time to time, check dark areas such as attics for dead insects or rats, animal poop, and insect skin. More importantly, vacuum every corner of the house at least once a week.

Clearly, no one wants to have cockroaches and beetles inside the house. These household pests are not only disgusting to look at; the damages they bring could also be costly and dangerous to health. Not to mention they can be present even if your house is clean. This is why actions taken should be done consistently.