Biscuit beetles are among the common pantry pests that invade houses, flour mills, bakeries, drugstores, and even museums.

These fussy eaters are considered solitary and independent, but they can also be in groups with similar species. This behavior can be a huge challenge for a lot of homeowners.

Biscuit beetles are also called drugstore beetles since they have a long history of feeding on pharmaceutical drugs. But later, it was discovered that they have been attacking various kinds of edible and non-edible items.

In this guide, you will learn important facts about biscuit beetles and how you can control them.

Scientifically known as Stegobium paniceum, adult biscuit beetles are 2.25-3.5 mm (1/10-1/7 inch) long and have a light brown to the red-brown cylindrical body.

They are covered with fine silky dense hairs, while their wing covers have distinct grooves. Since their head is not seen from above, they appear to be humpbacks.

Biscuit beetles look like cigarette beetles (Lasioderma serricorne), which are their close relatives. However, the latter have a round, oval body, and their wing covers have no distinct grooves.

Biscuit beetle larvae also look like cigarette beetle larvae. Both of them have a creamy white C-shaped body that is about 3/16 inch (4.76 mm.) long.

Their main difference is that biscuit beetle larvae have shorter hairs. The dark marking on their head also ends in a straight line instead of having a convex boundary.

What Do Biscuit Beetles Feed On?

Contrary to what some people think, biscuit beetles are not only pests of biscuits and pharmaceutical drugs. They eat a very wide variety of food and non-food materials.

In fact, the only material biscuit beetles don’t eat is metal or cast iron. Larvae also don’t eat wood, but they can bore holes through it to hide and pupate.

Where Do Biscuit Beetles Come From?

Biscuit beetles are cosmopolitan pests, which means they are widely from around the world, especially in warmer regions.

There is no official record stating where biscuit beetles come from, but their damage pattern has been observed during the restoration of oil paintings, which were dated back to the 17th century.

What Is the Life Cycle of a Biscuit Beetle?

Like other beetle species, biscuit beetles undergo complete metamorphosis. They pass through four life stages – egg, larva, pupa, and adult. Females lay between 75 and 100 white eggs one by one within 6-20 days.

Eggs hatch into larvae from 26 to 100 days, depending on the weather and availability of food.

Biscuit beetle larvae pass through 4 to 6 larval stages, which usually last for 4 to 20 weeks. Their pupal stage can last for 12-18 days, which is the time when they are temporarily inactive inside a small cocoon in a food material.

Once they emerge as adults, biscuit beetles will fly and can live between 16 and 20 days.

The life cycle of a biscuit beetle is completed within 2-7 months, which again will depend on the food source and temperature. On average, development can happen if the temperature is 60 to 93°F (-15 to 34°C).

Where Do Biscuit Beetles Lay Their Eggs?

Biscuit beetles lay their eggs in almost any dry organic matter, where the larvae dig when they are about to pupate. This includes food materials such as bread, cookies, chocolates, flour, dry mixes, grains, and spices.

Do Biscuit Beetles Have Wings?

Adult biscuit beetles have wings, and they can fly. These female adults fly in search of a suitable food source where they can lay eggs. In most cases, they hitch a ride with food from manufacturers to the groceries, then to houses.

On the other hand, larvae are wingless, but they crawl fast from one place to another.

Both adults and larvae of biscuit beetles are completely harmless to people and pets. In fact, you can safely touch them with your bare hands. However, larvae are known for being notorious pantry pests.

They cause severe damage to dry food and important belongings such as books, leather shoes, and paintings.

Biscuit beetles don’t bite or sting humans and pets. Despite having biting mouthparts, this beetle species don’t suck blood and is not interested in people and animals.

These so-called bread beetles are not carnivores but rather herbivores, which means that they only eat plant matter. They don’t eat meat.

Biscuit beetles have not been found to be vectors of any known disease. Beetles are not dubbed parasites, which means that they don’t live in pets and humans.

Therefore, adults and larvae don’t pose a health risk and are not dangerous at all. But then, they have a habit of destroying food and other items.

What Are Biscuit Beetles Attracted To?

Biscuit beetles are very attracted to almost all kinds of dry foods, sweets, plant material, and pharmaceutical drugs. They are also attracted to non-food items such as glue, hair, leather, paper, and wool.

Adults are fascinated with lights at night. But based on a study, they are more attracted to UV lights than blue LED lights.

Do Biscuit Beetles Go Away on Their Own?

Biscuit beetles don’t go away on their own unless they become adults. Larvae dig burrows through the substrate of their food source as they are about to pupate.

They spend their entire pupal stage inside those layers and emerge once they are adults. Larvae will only leave an area if there is a food shortage.

How Do I Get Rid of Biscuit Beetles Naturally?

Despite being small and can reproduce quickly, biscuit beetles are not that difficult to control. Using insecticides can help, but it should be the last resort.

Aside from being dangerous when used indoors, they can also contaminate uninfested food. Therefore, here are some natural ways to get rid of biscuit beetles:

Note: Instead of insecticides with harmful chemicals, use insect growth regulators (IGRs) such as Gentrol Aerosol Insect Growth Regulator . 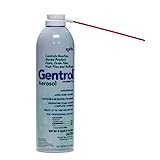 They have low toxicity levels and are safe to use in the kitchen, hospitals, and daycare centers. IGRs don’t kill these beetles but rather prevent eggs and larvae from developing.

How to Prevent Biscuit Beetles?

Once you have eliminated all the biscuit beetles inside your house, they may still come back and infest again. Therefore, it’s also your responsibility not to allow them to return.

Knowing now about their food sources and what attracts them, here are some effective ways to prevent biscuit beetles from entering your home: 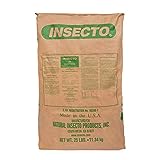 The methods for getting rid of biscuit beetles are quite similar to the treatment strategies of other pantry pests. The best preventive measure is not to allow them to be in your house.

Regular inspection and cleaning of food storage areas are essential. If you will use insecticides, make sure you follow the label instructions.