Not all spiders are created equal. Although all of them have venom, most of them are not considered dangerous to humans and pets. Despite their scary looks, garden spiders are among those that are generally harmless.

But because they may still bite, you should know what to do in case you have been bitten.

How to treat garden spider bites? Treating garden spider bites is not that difficult since these spiders are not harmful. In most cases, all you need to do is wash the wound with clean water and soap and apply an ice pack to reduce the pain. Other natural first-aid treatments include white vinegar and some essential oils.

Like most spider species, garden spiders eat a wide range of insect pests. This includes flies, mosquitoes, and wasps. However, these spiders bite humans if they feel threatened.

In this article, you will learn how to properly identify garden spiders, the difference between their bites and bug bites, and how to treat them.

What Are Garden Spiders?

As the name suggests, garden spiders are spider species that build their webs in gardens and meadows. They can be found in different habitats, but they prefer shrubs and tall plants, especially in sunny areas.

Scientifically known as Argiope aurantia, the black and yellow garden spider belongs to the Araneidae family.

How Do Garden Spiders Make Webs?

Garden spiders usually spin their webs in a very complicated manner. They start by grasping a grass stem (or a window pane) and emit several strands of silk from their silk-spinning organ called spinnerets.

After drifting the strands to the substrate, these spiders create a hub and zigzag areas to catch their prey.

Their eight eyes are arranged in a trapezoid pattern, with two pairs seated on humps in front of their carapace.

Black and yellow garden spiders have a shiny, egg-shaped black abdomen with some yellow markings, hence the name. Just like other spider species, they have eight legs.

The front legs are mostly completely black, while the rest are black with red or yellow. Younger garden spiders also have bands on their hind legs.

Garden spiders are not poisonous because “poisonous” refers to plants or animals that release toxins once we eat them. Since garden spiders may inject toxins when they bite humans, they are described as venomous.

Fortunately, the venom of these spiders is only designed to immobilize their prey such as flies.

Garden spiders bite humans, but they are very rare. They don’t attack people unless their webs are disturbed or threatened. Females with a sac on webs are only the ones that usually bite.

Nonetheless, both males and females bite once they are mishandled. But in general, garden spiders are not aggressive towards humans.

What Are the Symptoms of a Garden Spider Bite?

For most healthy individuals, a garden spider bite is less harmful than a wasp or bee sting. Despite being huge and looking scary, their bites have the same effect as the bites of other non-dangerous spider species.

Unless the person bitten has an allergy to spiders, here are the common symptoms of garden spider bites:

For people who are allergic to spider bites, symptoms may include the following:

Note, however, that these symptoms are also similar to bites of venomous spiders such as brown recluse spiders and black widow spiders. Therefore, it is important to identify which spider species has bitten you.

Also, these signs may not show immediately. In most cases, they can be felt 30 minutes after the bite.

What Is the Best Treatment for a Spider Bite?

The best treatment for a spider bite mainly depends on the kind of spider that made that bite, as well as the symptoms. In very mild cases, cleaning it with soap and water and applying of ice pack can do the job.

But for people bitten by black widow or brown recluse spiders, seeking medical care is necessary.

What Is the Best Home Remedy for a Spider Bite?

There are some great home remedies for a spider bite. Aside from an ice pack and soap with water, you can also apply apple cider vinegar or white vinegar.

A study also suggested that Aloe vera gel has antibacterial and antioxidant abilities. Meanwhile, here are some essential oils that can help in treating spider bites:

Mix these essential oils with a carrier oil such as coconut oil before applying them to spider bites. For better results, apply them three times a day. To use them as a spray, mix them with water.

However, the efficacy of oils depends on the severity of the wound. Some people may also be allergic to these essential oils.

Since garden spiders are not harmful to humans, the pain from their bites may last for only 5-60 minutes. This is because their fangs are not big and strong enough to break through human skin.

On the other hand, bites from heavily venomous spiders may last for 24 hours or even days due to bacterial infection.

How Do You Identify What Stung Me?

Identifying what stung or has bitten you is easy if you saw the actual insect. Otherwise, you will rely on the effect of the bite. Most bug bites look similar, while some pose a health risk.

But if you did not see the bug that bites you, you should know how to identify the appearance of the bites of common insects.

How Do You Tell if a Bite Is From a Spider?

Spider bites may be confused with other bug bites. The best way to tell if the bite is from a spider is when you saw the spider biting you. You can also have a clue if you spot a spider crawling away from you.

If you did not see it, here is what spider bites look like as compared to the bites of some insects and bugs.

What Can You Put on a Spider Bite to Draw Out Infection?

To draw out an infection due to spider bites, you can use an antibiotic ointment such as Neosporin Original First Aid Antibiotic Ointment .

Make sure you wash the wound first with soap and water. Then, apply the ointment to the affected area up to 3 times a day. For extra protection, cover it with Band-Aid. 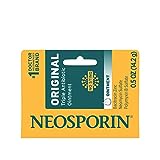 What to Put on a Spider Bite to Draw Out the Poison?

As mentioned earlier, spiders don’t have poison but rather venom. Also, not all spiders have the same venom.

If you have been bitten by a venomous spider such as a brown recluse spider or a black widow spider, you are very likely to need immediate treatment. Here are some first-aid treatments for spider bites:

Should I Put Vinegar on a Spider Bite?

You can put vinegar on a spider bite, but it does not mean you always should. It depends on the spider species that bite you and the severity of the bite.

If it is only a garden spider, use white vinegar or apple cider vinegar as first-aid to ease the pain. But if the bite is caused by a venomous spider, go for something else.

Related: Vinegar As Spider Repellent: How To Use Vinegar To Get Rid of Spiders?

Garden spiders are very beneficial to gardeners, and their bites only cause minor injuries. These arachnids are not interested in humans, but they will try to protect themselves if they sense danger.

The key here is to ignore them and let them enjoy life. But if a venomous spider bites you, visit a doctor as soon as possible.