Fleas and ticks are common ectoparasites of animals, especially domesticated pets such as cats and dogs. These parasites do not only cause irritating bites but could also act as vectors and transmit various diseases.

Are ticks and fleas related? Ticks are arthropods, whereas fleas are insects. However, although the two are unrelated, ticks and fleas are both small bloodsucking parasites that feed on human and animal blood. If not treated, infestations could cause significant health problems.

It is important to be able to recognize and detect signs of fleas and ticks to prevent these pests from harming you or your pets. This article will provide information that will aid in distinguishing whether you are facing tick or flea problems.

What Are the Distinct Differences Between Ticks and Fleas?

People often get confused about the differences between fleas and ticks because both parasites feed on the blood of their hosts, which can be humans and animals.

Fleas are small (0.04” to 0.16”), fast-moving insects from the order Siphonaptera. Adult fleas have three pairs of legs. These insects are wingless, but their large hind legs are well-adapted to jumping. When disturbed, fleas can jump to as high as seven inches. Their bodies are narrow and flattened, with colors varying from light to dark brown.

Unlike fleas, ticks are not insects. Ticks are arthropods characterized by the presence of eight legs in adults and six legs in their larval stage. Their dark-colored bodies lack clear segmentation. After feeding, ticks’ bodies swell and turn bluish-gray. Similar to fleas, ticks are also tiny parasites. Their nymph sizes are comparable to poppy seeds. Adult ticks are almost the size of a sesame seed. Engorged female ticks can be as huge as a raisin.

Ticks are often found in areas with grasses, vegetation, and woods where they can find their hosts. They pose the most threat in warmer months. On the other hand, fleas prefer places with warm temperatures and high humidity as they thrive in these environments.

When hungry, these parasites will not discriminate, and although they prefer sucking blood from their animal hosts, they will occasionally bite humans. Fleas will feed several times at any point in time—whether at night or during broad daylight, consuming more than ten times their body weight in blood on a daily basis.

Fleas will use their huge legs to jump up from the ground and bite people on the most accessible parts, such as the ankles and legs.

On the other hand, ticks instantly attach to their host using their front legs but will not immediately bite. Instead, ticks will search for areas where they can settle and begin feeding.

Typical feeding sites are hairline, ears, and skinfold. Although both female and male ticks feed on blood, females can suck blood equivalent to almost 250 times its unfed weight. After feeding, ticks will fall off the ground.

Depending on the species, female ticks can lay more than 4,000 eggs days after feeding on their host. However, adult fleas can deposit 40 to 50 eggs daily while attached to their hosts.

Tick bites are painless. Bites are often characterized by a rash around the site. On the other hand, flea bites leave tiny, red, itchy welts typically on ankles and legs. In pets, fleas are often found on the neck and base of the tail.

Why Are Ticks and Fleas Pests?

Aside from causing irritating bites and rashes that could lead to infection, ticks and fleas could act as vectors and spread a number of diseases.

Ticks constantly need blood meals to grow into adult ticks. If an infected tick bites a person, pathogens could be transmitted after feeding for more than 24 hours. Some of the most commonly known tick-borne diseases include Lyme disease, Rocky Mountain spotted fever, Tularemia, Babesiosis, and Ehrlichiosis.

Aside from causing painful and irritating bites, fleas are also known as vectors of a number of diseases such as plague and flea-borne (murine) typhus.

Animals with fleas may experience severe itching. Heavy infestation may even result in significant blood loss. One of the most common diseases in dogs associated with these parasites is flea allergy dermatitis (FAD), a disease caused by a reaction to flea saliva.

Moreover, some fleas are also carriers of tapeworms. Transmission occurs when cats and dogs accidentally ingest an infected flea. In some cases, symptoms of infection are rarely shown, while other animals would experience weight loss, vomiting, and lethargy.

When Is Flea and Tick Season?

Most tick and flea infestations occur during the spring and summer months, but it doesn’t mean that there will be none in the other months. They just become worst in the warmer periods of the year.

Can Humans Get Fleas and Ticks?

These parasites feed on human blood in the absence of their preferred hosts. Fleas are unlikely to live on humans as they prefer hairier mammals as hosts. On the other hand, ticks will stay attached to human skin until it gets fully engorged.

Related: How Do You Know if You Have Fleas in Your Bed? | Guide

How Do Dogs Get Ticks and Fleas?

How to Get Rid of Ticks and Fleas?

Getting rid of ticks and fleas requires treating pets such as cats and dogs in conjunction with treating contaminated areas, which serve as nesting sites. Doing so will provide adequate control and would prevent future infestation.

Ticks and fleas have a habit of seeking shelter and breeding in areas near their host. Typically, they can be found in pet beddings or other areas where pets roam around. Along with pet treatment, every pet owner should also:

Related: How To Get Rid of Ticks in Yard | A Complete Guide

What Is the Best Flea and Tick Prevention for Dogs?

Among the many control products available in the market, spot-on solutions and chewable tablets are considered to be the most effective.

Spot-on solutions are liquid pesticides applied on the pet’s body, typically between shoulders. On the other hand, chewable tablets are fast-acting control products for ticks and fleas. These tablets are administered orally and provide protection for a couple of months, depending on the product.

Topical spot-on solutions and chewable tablets are known to eliminate ticks and fleas within hours after usage. Their fast-acting ability renders these pests incapable of biting and causing irritation and other associated diseases. However, it is important to note that the use of these products should be consulted with a veterinarian. 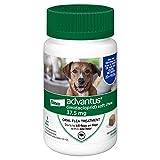 What Is the Safest Flea and Tick Treatment for Dogs?

Choosing the safest flea and tick treatment among the many products available would depend on the guidance of your veterinarian. Veterinarians would know which product is more appropriate for your dogs in consideration of the pet’s health and age as well as the species of pests prevalent in your locality.

Does Bravecto Eliminate Fleas and Ticks?

Bravecto is one of the popularly used products to control fleas and ticks. Depending on the product, it comes in either chewable form or spot-on treatment, which is usually given or applied to pets once every two or three months. Another popular product is Provecta. 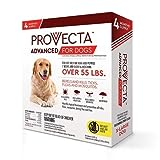 Does Ivermectin Eliminate Fleas and Ticks?

Ivermectin is not effective against fleas and ticks, especially in dogs. Rather, this drug is most commonly used to treat external and/or internal parasites in sheep, goats, cattle, and horses.

Do Flea and Tick Shampoo Work?

Tick and flea shampoos are effective against adult ticks and fleas. However, since shampoos are a form of host-targeted treatment, only those present in an animal’s fur will be eliminated. As such, the use of shampoos will not prevent reinfestation. 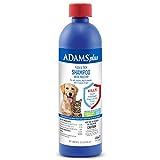 Do Flea and Tick Collars Work?

Flea and tick collars may be used to eliminate and repel fleas and ticks. However, collars are only a form of short-term treatment, as they shouldn’t be worn longer than the prescribed period. Typically, collars are not to be worn for more than six days and should be replaced periodically, following the product’s label.

How to Keep Ticks and Fleas Out of Your Yard?

Fleas and ticks are found not only on animals but also in the environment. While host-targeted treatments are important in suppressing these pests, environmental management is essential for the complete eradication of ticks and fleas.

When employing outdoor treatment, the whole area should not be treated. Instead, the treatment should be concentrated on areas that ticks and fleas are likely to inhabit. In particular, dry and shaded areas are known to serve as nesting sites for these pests.

It is best to work with a pest control specialist to ensure that appropriate products are used.

Related: How To Get Rid of Ticks in Yard | A Complete Guide

What Eliminates Both Fleas and Ticks?

Do Ticks Wash Off in the Shower?

Once attached, ticks do not wash off easily in the shower. Nonetheless, ticks that have burrowed into the skin may be removed using a pair of tweezers, and you should clean the biting site with soap and water upon removal of the ticks.

Do not crush or smash the ticks to avoid possible exposure to pathogens. Ticks may be discarded by placing them in alcohol or flushing them down the toilet.

Which Is Worse Tick or Fleas?

Ticks and fleas are both harmful parasites. They both can create worse health conditions for humans and pets in case of an encounter.

Tick and fleas are two of the most common ectoparasites of domesticated pets such as cats and dogs. These parasites both feed on blood and will bite humans in the absence of their preferred host.

Aside from causing irritating bites and severe discomfort, ticks and fleas are carriers of diseases that can be transmitted to humans and animals when bitten or exposed to fecal matter contamination. As such, recognition of tick and flea infestation is critical.