The term “cicada” and “locust” are often used interchangeably when identifying swarming insects on crops. Although they have some similarities, these insects are not the same.

In fact, they belong to different species and somehow have a difference in behavior. Their nymphs also have different lifespans and habitats.

What is the difference between cicadas and locusts? The main difference between them is that locusts swarm in millions and cause severe crop damage. Cicadas are not good fliers, and they don’t damage crops. They appear every year and every 13 or 17 years, while locusts usually appear after heavy rainfall.

Interestingly, the confusion between cicadas and locusts started when colonists saw periodical cicadas for the first time.

At that time, these cicadas were referred to as “locusts” since both insects can produce sound, especially when they are flying. Read this article carefully and learn everything about cicadas and locusts.

Cicadas are large insects that belong to the superfamily Cicadoidea in the order Hemiptera. The two common types of cicadas are the annual cicadas (Neotibicen canicularis) and periodical cicadas (Magicicada septendecim).

Both of them are native to North America and are closely related to leafhoppers and spittlebugs.

As the name implies, annual cicadas appear only once a year. Also called dog-day cicadas, this type of cicada is usually seen from late June to August.

On the other hand, periodical cicadas usually appear only every 13 or 17 years. This means that they spend most of their lives hiding underground as nymphs.

Cicada nymphs look like adults, except that they are smaller, white or tan, and have no wings. Some people mistake them for termites. Cicada eggs are white and oblong and are as small as a grain of sand but are visible.

But amazingly, Malaysian emperor cicadas (Megapomponia imperatoria), which are the largest cicada in the world, can have a wingspan of 8 inches (20.3 cm).

How Long Do Cicadas Live?

After 6-10 weeks, cicada eggs hatch into nymphs. Annual cicadas live for 2-5 years, while periodical cicadas can live for 13-20 years, but mostly as nymphs.

Depending on the weather, adult cicadas live for 2-3 months. Adults are usually seen from July to September, while nymphs are rarely seen throughout the year.

Cicadas are not dangerous at all. They don’t bite or sting humans and don’t carry diseases. Adult cicadas sap from tree branches, while nymphs drink from tree roots.

They don’t cause serious damage to trees, and the only damage adults create is when they lay eggs on branches using their sharp ovipositor.

Locusts are a special type of grasshoppers that are commonly found in Africa, Asia, Australia, Central America, and Europe but not in North America.

They belong to the family Acrididae and are known for migrating in very long distances and swarming in significantly huge numbers. Some locusts are solitary, though.

Interestingly, locusts are mentioned in the Bible and Koran as notorious crop destroyers. Severe locust outbreaks in agricultural production have been happening for thousands of years, particularly in Africa and western Asia.

The desert locust (Schistocerca gregaria) is solitary but can swarm in thousands.

Related: How To Get Rid of Grasshoppers and Locusts?

Locusts resemble ordinary grasshoppers, except that they have short horns, a shorter body, and longer and stronger wings. Like grasshoppers, they are also members of the order Orthoptera and have huge hind legs.

Also called hoppers, locust nymphs look like adults but are wingless until they reach their final nymphal stage. Adult male locusts are usually smaller than females.

Their main difference is that males have a round and smooth end on their abdomen, while female locusts have a pointed or jagged abdominal end.

Migratory locusts (Locusta migratoria) are the most widespread locust species across the world. Males can grow from 35 to 50 mm, while females are between 45 and 55 mm.

On average, locusts have a wingspan of 250 mm. They can change from green to gray, as they turn from solitary to gregarious (sociable).

How Long Do Locusts Live?

Depending on the weather, desert locusts can live for 2-3 months. Eggs hatch between 10 and 65 days, while nymphal stages may last for 30-40 days.

Adults mature from 2 to 4 months, although some of them may reach the maturity stage in 9 months. During this stage, locusts may change their color and behavior.

There is no scientific evidence proving that locusts bite or sting humans. They also don’t carry diseases. In fact, locusts are considered edible and known to be rich in protein.

Some people in East Africa have eaten them after they were hit by the locust plague. However, locusts that are killed with pesticides can be highly toxic.

Cicada vs. Locust: What’s the Difference?

Many people are confused with cicadas and locusts, and some of them think that they are the same insects. Aside from belonging to different species, they are not really look-alikes.

They also have different characteristics, swarming behaviors, and lifespans. Below is the list of the differences between cicadas and locusts: 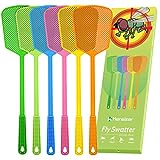 What Are the Distinct Similarities Between Cicadas and Locusts?

Cicadas and locusts have lots of differences between them, especially in terms of behavior and the damage they cause. But then, they also have some interesting things in common.

Aside from being both herbivores, harmless to humans, and being able to fly, here are some distinct similarities between cicadas and locusts:

Why Does It Take 17 Years for Cicadas to Come Out?

Contrary to the old myth, periodical cicadas don’t come out only every 17 years because they hibernate. In fact, they eat tree roots very actively while they are under the ground.

It takes that long for these cicadas before emerging because they are waiting for the soil temperature to become ideal for them to come out.

Also called Brood X (Brood 10), periodical cicadas have a synchronized lifespan. They emerge only if the soil temperature is around 65°F (18°C) at approximately 8 inches (20 cm) deep.

This is why they appear at different times in different regions. Four of the 7 periodical cicada species spend 13 years underground.

There is no scientific study explaining how periodical cicadas can count the years. But according to theory, this cicada species has a so-called internal molecular clock that indicates the number of years they stayed underground. Periodical cicadas last appeared in 2021, which means they will appear again in 2038.

Do Cicadas Lay Eggs in Humans?

Cicadas don’t lay eggs on humans or pets. Instead, they lay eggs on tiny holes in tree branches and shrubs. Among the common trees where you can see them are beech, cherry, oak, maple, and other fruit trees.

Females lay about 200-300 eggs, which hatch even before falling to the ground to become nymphs.

How Do You Tell a Male Cicada from a Female?

The main difference between male and female cicadas is that males have two tymbals. Each tymbal is located on each side of the abdomen.

Tymbals are made of thin membranes, which produce sound when male cicadas collapse them inward and outward rapidly. Females don’t possess these tymbals, though.

Once a group of male cicadas sings together, the sound amplifies further and can be loud enough to cause hearing loss. Female cicadas respond by flicking their wings to produce sound.

Amazingly, a male cicada knows which female is interested in him. Meanwhile, females have an ovipositor so they can lay eggs.

Locust plagues are very rare in the United States, while cicadas are not a threat to crops. But despite being only nuisance pests, prolonged high-pitched buzzing sounds of cicadas are very annoying and harmful to the ears.

Since you will know when they will most likely appear, prepare early on how to deal with them.

My Sister Says Cicadas Are The Same As Locusts. Are They? (2017). University of Florida.

About locusts. (2019). Australian Government – Department of Agriculture, Water and the Environment.

Showler, A. T. The Desert Locust in Africa and Western Asia: Complexities of War, Politics, Perilous Terrain, and Development. University of Minnesota.