Mice are not only destructive pests; they also contaminate food and can transmit diseases. And because they are small, these rodents can easily enter your house without your knowledge.

Once inside, these pesky pests will hide in dark areas, and you can hardly see them. Fortunately, there are several ways to repel them.

Mice are nocturnal mammals, which means that you can barely see them during the day. These household pests have poor vision but have a very strong sense of smell, which helps them find food.

Nonetheless, this is also a disadvantage for them. Below are twelve scents that mice hate and how to use them properly.

Ammonia is a chemical compound that consists of one nitrogen atom and three hydrogen atoms, hence having a chemical symbol of NH3.

It has a lot of uses, including as refrigerant gas, fertilizer, and as a component in household cleaning products. But because of its very strong smell, ammonia can also repel mice.

To use ammonia as mouse repellent, mix it with water and use it as a spray. Don’t forget to wear protective gear, though.

Bleach has a very powerful scent that mice cannot tolerate. Aside from that, you can use bleach to clean mouse urine and droppings.

Instead of using a broom or vacuum cleaner, mix bleach with water and spray it on the area with mouse droppings and let it soak for about 5 minutes before picking them up using paper towels.

Bleach also kills mice once consumed in large quantities. But since mice hate the smell of bleach, they are very unlikely to eat it.

And like ammonia, it can also irritate your eyes, nose, and skin. Chemically known as sodium hypochlorite, bleach is corrosive and can damage metals. It is also not a long-term solution.

Ground cayenne pepper contains a chemical called capsaicin, which makes it very spicy. This chemical is also registered as an insecticide, miticide, rodenticide, and animal repellent.

Capsaicin itself is entirely odorless, but cayenne pepper has a very strong aroma that some mammals, including rats and mice, cannot stand.

To be effective as mice repellent, sprinkle cayenne pepper in areas where mice seem to have been. Alternatively, you can also mix it with vegetable oil and a few drops of soap and use the solution as a spray.

Note, however, that it can irritate your eyes and nose. So, wash your hands thoroughly, and don’t rub your eyes.

Chili powder is made of one or more varieties of chili peppers and other spices. This spice also contains capsaicin but in smaller quantities, which means that it is less spicy compared to cayenne pepper.

But so far, there is no scientific study suggesting that cayenne pepper is better than chili powder as a mouse repellent.

And like cayenne pepper, you can also sprinkle some chili powder in potential pathways of mice or dissolve it in water and use the solution as a spray.

But then, chili powder is also dangerous once it gets in your eyes. Yet, there is also no scientific study on how long chili powder can repel mice before reapplication.

Aside from being a popular spice and a medicinal plant, cinnamon is also known as an insect repellent. The US Environmental Protection Agency (EPA) has allowed cinnamon oil as an active ingredient in pesticide products exempted from registration. Cinnamon oil can also repel some mammals, such as cats and mice.

The most vital components of cinnamon essential oil are cinnamaldehyde and trans-cinnamaldehyde, which are responsible for its exotic fragrance.

To use cinnamon oil as mouse repellent, mix it with water in a spray bottle. Spray the solution in areas where mice travel. But in most cases, reapplication is necessary.

Clove oil is derived from the flower buds, leaves, and stems of the Eugenia caryophyllata tree, commonly known as the clove plant.

Clove oil is an effective fungicide, herbicide, and insecticide, too. It also deters cats and dogs in your garden, as well as mice hiding inside your house.

To repel mice, soak some cotton balls in clove essential oil. Leave them in potential hideouts and pathways of mice. Just make sure that no humans or pets are around.

Dryer sheets are generally made of nonwoven polyester material coated with a positively charged fabric softener. They are usually used in drying clothes and socks that are made from cotton. 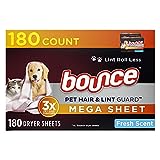 Although dryer sheets have a strong fragrance that is pleasant to humans and pets, their scent can also repel mice. The dryer sheet is not registered as a mouse repellent, but mice will avoid its smell.

To deter mice, leave or rub some dryer sheets on your kitchen, pantry, and other areas where these pests can be present.

Garlic is a very common cooking ingredient and has a lot of health benefits, too. But aside from that, it has a pungent smell that mice hate.

Try placing some garlic cloves or sprinkling garlic powder on their potential entry points inside your house. You’ll then notice that mice will avoid them and will go to a different path.

Nonetheless, garlic powder seems to be more effective than garlic bulbs since the latter dry faster. But since there is no scientific study yet about garlic as a mouse repellent, results may vary.

Garlic is not poisonous to mice and cannot kill them, regardless of the amount consumed. Some mice may also get used to its smell.

As the name implies, mothballs are registered as pesticides to get rid of moths. They can also kill other pest insects, including silverfish and fabric pests.

Its main ingredient is naphthalene, which when turned into vapor can kill moths. Although mothballs can also repel mice, you are likely to need a lot of them to work well.

According to the National Pesticide Information Center (NPIC), mothballs are toxic when inhaled, chewed, or swallowed. Even a single mothball can cause serious harm to a small child if eaten.

In short, mothballs are very dangerous to humans and pets and are not so powerful when used as a mouse repellent.

Peppermint oil is the most popular mouse repellent among other essential oils. Its main component is menthol (chemical name: hexahydrothymol), which has a scent that can make your house smell good.

When applied to the skin, peppermint essential oil can also help cure itching, joint and muscle pains, and headaches. 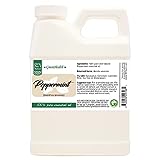 In aromatherapy, peppermint oil is known for treating coughs and colds, as well as helping reduce pain and stress. It also has repellent properties against insects and some mammals, including mice.

But then, there is no scientific study suggesting the amount of peppermint oil that can repel mice for a particular time.

Aside from humans and cats, house mice have other predators. This includes bobcats, coyotes, dogs, foxes, hawks, owls, skunks, and snakes.

According to a study, mice can smell predator urine even if they don’t see them. This can trigger a fear response, and mice may either freeze or run away once they smell it.

Although it is not clear if mice can also identify which animal owns the urine, a part of their brain translates the scent into danger signals, which prompt them to react negatively.

So far, bobcat urine is one of the most effective mice repellents you can try. It can also deter other small rodents, such as rats, squirrels, and voles. 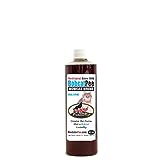 Vinegar is another common household product that you can use to deter mice. White vinegar contains about 4-7% acetic acid, while apple cider vinegar has 5-6% acetic acid.

Although both of them emit a strong smell, apple cider vinegar is sweeter and can be less effective in repelling mice compared to white vinegar.

Also called distilled vinegar, white vinegar is also used as a cleaning agent. To use it as mice repellent, mix it with water and use it as a spray solution. The more water you add, the weaker the smell.

Vinegar is also one of the cheapest ways to deter mice. However, you may need to spray repeatedly once the smell is gone.

Do Mice Hate the Smell of Irish Spring Soap?

Generally speaking, there is no scientific proof that mice hate the smell of Irish Spring or any soap for that matter.

Some people claim that soap repels mice, while some homeowners said they tried it, but mice even ate the soap. But since some soap contains essential oil for their fragrance, they might also deter mice.