Fleas can be seen everywhere, and flea control has always been challenging. These animals are extremely mobile, and their high reproductive rate allows them to spread quickly and cause extensive infestation.

Do fleas have wings? Fleas do not have wings. Although they are wingless insects, their hind legs are well-adapted to jumping. Fleas can jump to as high as 13 inches, allowing them to transfer from one host to another and invade indoor environments.

That being said, this article would provide various information on fleas, which would be useful in detecting fleas and controlling their population.

Can Fleas Have Wings?

Do Sand Fleas Have Wings?

As with all species of fleas, adult sand fleas do not possess wings. Sand fleas (Tunga penetrans), more commonly known as jiggers, feed on their host’s blood by burrowing it into the skin using their mouthparts. Severe cases of infection caused by sand fleas often result in amputation of fingers and toes.

Fleas are not capable of flying. Adult fleas are wingless; however, their hind legs allow them to jump to as high as 13”. This ability enables them to move and spread quickly, causing heavy infestations both outdoors and indoors.

How Do Fleas Travel Long Distances?

Fleas hitchhike their way indoors by jumping onto a passing animal. Typical carriers of fleas include dogs, raccoons, opossums, rats, and squirrels.

As such, the absence of pets indoors does not guarantee the absence of fleas in households. If an infected animal visits your household or your neighborhood, the chances of a flea infestation are high as they are likely to leave flea eggs and feces after their visit.

Fleas can also hide in human clothing. Thus, a person that has been exposed to an infected animal can also carry fleas to other buildings.

What Kind of Environment Do Fleas Prefer?

Environmental conditions that are critical to the development and survival of fleas are humidity, temperature, and the presence of organic debris and feces of adult fleas.

In general, fleas prefer humid environments with relative humidity (RH) greater than 50% and temperatures lower than 35°C. Specifically, RH levels of 75% to 92% and moderate temperature levels ranging from 27°C to 32°C would promote optimum growth.

In one study on cat fleas, only those larvae that have fed on the feces of adult fleas were able to reach adulthood.

What Environment Do Fleas Hate?

Flea larvae do not thrive in areas exposed to direct sunlight. A temperature level of 35°C would not support the growth and development of larvae and pupa. Similarly, exposure to temperature levels of 38°C or higher would be lethal to both flea eggs and larvae. In addition, an RH level of less than 50% is also detrimental to flea larvae.

Flea larvae also require nutrition which can be derived from adult flea feces. The absence of such nutrient sources would hinder the development of fleas.

Fleas do not fly. But there are other creatures that look like fleas but have wings. These include fungus gnats, drugstore beetles, and cigarette beetles.

Similar to fleas, fungus gnats are also more active during the spring months. These insects are associated with house plants and are commonly seen flying around light sources. Fungus gnats could become a nuisance if present in large numbers.

Signs That Fleas Are Infesting Your Home

Domesticated pets such as cats and dogs are the most common carriers of fleas indoors. If fleas are infesting your pets, it is likely that your homes are also harboring fleas.

Signs of indoor infestation could be easily detected by observing any changes in your pet’s behavior. Some of the most common signs include increased itching or scratching and excessive biting and licking of their bodies.

Every pet owner should also examine their pet’s bodies for any presence of fleas, as well as flea dirt on their hair follicles. Fleas are often found on the neck and base of the tail. On the other hand, flea dirt may be distinguished from real dirt by placing them in running water. If the dirt turns red, then that is a sign that your pets are infested with fleas.

Related: How Do You Know if You Have Fleas in Your Bed? | Information and Guide

What Attracts Fleas and How to Get Rid of Them?

Fleas live wherever they can find a food source. These parasites prefer hairier animals, but in the absence of their preferred hosts, fleas will feed on human blood.

When addressing indoor infestation, treating pets is not enough as they could easily acquire fleas if the environment where they live would not be treated. Thus, pet treatment should be done in conjunction with household and outdoor treatments.

Several flea control products for pets are available in the market, such as shampoos, collars, dust/powders, sprays, spot-on solutions, or chewable tablets.

Shampooing removes skin flakes that serve as food for flea larvae. Some shampoos also contain pesticides that instantly kill adult fleas. However, using flea shampoos  is only a short-term treatment and would not prevent reinfestation. 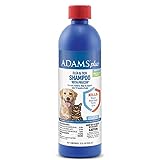 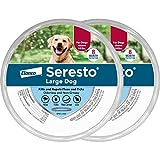 Dust/Powders  are applied to the pet’s coat down to their skin to control both ticks and fleas. When using these products, veterinarians must be consulted as pets may develop a bad reaction, especially when they ingest pesticides as they groom themselves. 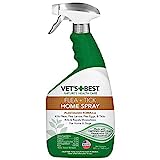 Spot-on flea products  are fast-acting products that kill fleas within a short period. These products are packaged individually and come in liquid form. The application is done by pouring the liquid on the pet’s body, usually between the shoulders.

When treating pets with pesticides, it is essential to read and follow the label. Moreover, pet owners should ensure that treatments that are only suitable for dogs are not used in cats or vice versa. Applying recommended doses should also be observed to avoid causing harm to your pets. 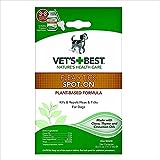 Treatment of premises may be done using sprays and aerosols . Indoors, routine vacuuming would help reduce the flea population, especially in areas where pets usually rest and sleep. Sprays containing insect growth regulators  should be applied after vacuuming to kill the remaining adult and immature fleas.

PETARMOR Home and Carpet Spray for Fleas and Ticks, Protect Your Home From Fleas and Eliminate Pet Odor, 16 Ounce
Buy on Amazon

Outdoors, the treatment should focus on areas that harbor fleas, specifically in moist and shady locations.

Fleas are a major nuisance for pets and pet owners alike. Although fleas do not possess wings, they can easily invade indoor environments using their powerful hind legs. Pets that spend significant amounts of time outdoors are likely to acquire fleas in moist and shaded areas. Once your pets have been infested, an indoor infestation is likely to follow as fleas have a high reproductive rate.

Control of fleas would require treating your pets as well as indoor and outdoor premises. Several products are available online. However, in treating pets, it is recommended to consult a veterinarian to avoid any untoward incidents.

Bell, S. (2016). More than 1 billion people are at risk for this skin disease: Have you heard of it? University of Southern California.