Whether they are indoors or outdoors, flies that are buzzing around and landing on our foods are scenes we hate to see. To add to the problem, these disgusting pests are present at any time of the day. Also, most insecticides contain harmful chemicals. Fortunately, there are some homemade fly repellents to choose from.

There is no single best DIY repellent, as most of them work well. This includes apple cider vinegar trap, basil, cayenne pepper, cloves, cinnamon, fly-trapping plants such as Venus flytrap, ginger, rotten fruits trap, wine or beer, and a fly trap consisting of milk, sugar, and black pepper.

Not all DIY (Do it yourself) fly repellents are the same. Most of them use scent to drive flies away, but preparation and application can be different. Some of them are also more effective when combined. This article will teach you the 10 best homemade fly repellents, how they work, and how to use them. Read until the end.

Are House Flies Harmful to Humans?

Houseflies are harmful to humans. Scientifically known as Musca domestica, house flies lay eggs on human and animal feces, which provide nutrients to their bodies. They eat poop, rotting food, and garbage. No wonder house flies carry bacteria and viruses and transmit them to humans through food and wounds.

1. How to Get Rid of Flies Using Ginger Spray?

Ginger is a useful ingredient in many dishes and is also an effective antioxidant. However, it also has a very powerful odor that flies hate but will not kill them. To use a ginger spray to repel flies, put 1 teaspoon of ginger powder in a spray bottle with water. Stir vigorously and spray it in fly-infested areas such as the kitchen.

2. How to Get Rid of Flies Using Basil?

Basil is a culinary herb that has several health benefits. This herb also releases an aroma smell that flies hate. There are several ways to use basil as a fly repellent. Plant basil seeds in the soil or a pot indoors. Get some basil leaves and rub them on your arms and legs, so these irritating pests will not go near you.

Alternatively, pick some fresh basil leaves, and mix them with boiling water in a jar. Then, cover the jar and leave it for at least four hours. Shake the jar a few times to speed up the mixing. Spray the solution directly to your skin to repel flies. If you don’t have a basil plant, you can use basil essential oil  solution.

3. How to Get Rid of Flies Using Cloves?

Cloves have antioxidant and anti-microbial properties, which offer a lot of health benefits. Dried clove flowers also have a subtle smell that flies hate. Hence, there are several ways of using cloves as a DIY fly repellent. The simplest way is to place whole cloves near doorways and windows. Below are the other methods:

Poke whole cloves  around an apple and place the fruit at the center of your food table. Alternatively, slice a lemon in half and stick some cloves inside. To use clove essential oil , mix 1 part with 10 parts of rubbing alcohol or any carrier oil. Apply the lotion to your skin, and avoid getting it into your mouth and eyes. 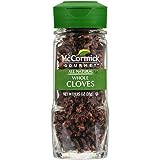 4. How to Get Rid of Flies Using Cinnamon?

Like basil and cloves, cinnamon repels flies, mosquitoes, and other insects. Although this spice is a great cooking ingredient and helps reduce bad breath, it has a very strong smell that flies cannot tolerate. If there are flies inside your house, sprinkle some cinnamon powder  on the table, floor, and window sills.

According to a study, a cinnamon essential oil is better at repelling fly larvae (maggots) than adult houseflies and kills more flies than lavender essential oil. Mixing both essential oils is also less effective in repelling houseflies, as the same study suggested. Instead, mix it with carrier oil to use it as a fly repellent spray.

Related: What Scents Will Keep Flies Away? | Information and Guide

5. How to Get Rid of Flies Using Beer or Wine?

Beer and wine also attract flies, so save some drops and don’t throw away those empty bottles yet. Instead, leave them on the table for a few hours. Soon after, flies will be tempted to enter the bottle. Since beer and wine bottles have narrow necks and tall bodies, the flies will reach the bottom but will no longer get out.

6. How to Get Rid of Flies Using Cayenne Pepper?

Cayenne pepper contains capsaicin, a chemical that is used for cooking and food preparation but can irritate humans, mammals, and insects. To use it as a fly repellent, mix one teaspoon of cayenne pepper with one cup of water. Spray it on fly-infested areas but not on your skin, clothing, and other sensitive surfaces.

7. How to Get Rid of Flies Using Milk, Sugar, and Black Pepper?

The purpose here is to fool and trap stubborn fruit flies. Put 2 teaspoons of sugar into 1/2 cup of milk. Heat them on a stove and stir until the sugar is dissolved. Add some drops of dishwashing soap, which will make the mixture sticky. Sprinkle black pepper and pour the mixture into a bowl, and leave it in fly-infested areas.

8. How to Get Rid of Flies Using Fly-Trapping Plants?

Scientifically known as Dionaea muscipula, the Venus flytrap is the most famous carnivorous plant in the world. As the name implies, this perennial plant traps and eats flies and other insects that get into contact with its sweet-smelling, two-lobed leaves. The plant then releases digestive juices to dissolve its poor victims alive.

Scientifically known as Nepenthes, the tropical pitcher plant is a carnivorous plant that traps and eats not only insects but also mice! Pitcher plants have slippery pitcher-like leaves called pitfall traps, hence the name. Their lips have nectar that attracts flies. Once inside, victims fall into the pool of digestive enzymes.

The sundew plant (Drosera) is one of the largest groups of carnivorous plants. Sundew leaves have very sticky, long tentacles with dew droplets shining like a sun, hence their name. Once flies are attracted to the nectar, they can no longer escape, and the plant releases digestive juice to break down the insect’s tissue.

9. How to Get Rid of Flies Using Apple Cider Vinegar?

10. How to Get Rid of Flies Using Rotten Fruits?

Is Killing Fly Eggs Effective in Getting Rid of Flies?

Killing fly eggs are effective in getting rid of flies. A single female housefly can lay up to 500 eggs in her lifetime. Females lay 75-150 eggs, usually in moist areas with decaying organic materials such as fruits, feces, and garbage. This is why cleanliness and proper sanitation can help a lot in getting rid of adult flies.

Again, flies are inevitable if your house has exposed food, dirty toilets, and open garbage cans. But then, a clean house can also have flies if there are damaged window screens or dead animals in the attic or within the walls. DIY fly repellents are effective, as well as fly killer spray. However, preventive measures are a must.

Related: House Fly Control: How To Get Rid of House Flies?