In addition to being creepy, waterbugs can be dangerous and cause serious health problems for humans. And like cockroaches, they’re difficult to eliminate. How can we get rid of them through natural ways and home remedies?

In this article, we’ll talk about the waterbugs’ features, how to differentiate them from cockroaches, and how to get rid of them the natural way if you’re having issues with them at home.

What Is a Waterbug?

A waterbug belongs to the order of Hemiptera (true bug) and the suborder of Nepomorpha. With nearly 2,000 species, they live in all parts of the world. Most of this suborder’s species live in freshwater, such as lakes, ponds, or marshes, hence the name waterbug.

The giant waterbug is the largest true bug found in the US and Canada. With its flat, oval-shaped body and brown color, it’s easy to confuse it with a roach or a beetle. But it’s a dangerous predator that feeds on aquatic insects, tadpoles, and small fish.

It has the nickname “electric light bug” because it loves light, and you can find it in parking lots or under porch lights. You should avoid it if you see it because it has a painful bite, giving it another nickname, toe biter. Although its venom isn’t dangerous, it could be painful and cause allergic reactions in some people.

Difference Between Cockroach and Waterbug

Here are some of the distinctive features:

Another different feature is the antenna. Waterbugs don’t have an antenna, which is typically long in cockroaches. And since the cockroach’s head is below its thorax, you can’t see it easily.

Both of them can fly because most types of the two species have wings. However, the oriental cockroach, which is most commonly confused with a waterbug, can’t fly. So, the next time you find a cockroach that can’t fly, you can be sure it’s not a waterbug.

True waterbug gets its name because it loves water and spends most of its life in aquatic habitats, which is the source of confusion between waterbugs and other cockroach species. Many people call other types of cockroaches waterbugs because they live and thrive in moist areas.

Although some species of cockroaches can live in water, they prefer to live on land and feed on decaying organic matter. On the other hand, waterbugs can breathe underwater for a long time and find their prey in the water.

That’s why you don’t see waterbugs often in your home because they don’t infest people’s houses. They don’t try to get into our homes because they want to be in the water. So, if you see a true waterbug in your home, it may have lost its way.

The main difference in terms of eating habits is that cockroaches are scavengers while waterbugs are hunters.

Cockroaches eat everything they can find. They crawl around everywhere, especially in garbage bins, to find food.

Waterbugs subdue their prey using their infamous venomous bites. The venom is an enzyme that turns the prey into liquid, which the waterbug sucks out.

True waterbugs are typically tan and brown. So, if you see a black waterbug, it’s most likely an oriental cockroach. It’s the same size as other cockroaches but has a bit rounder body with a shiny black coloring. Although it has wings—in the male species, it covers 2/3 of its body—it can’t fly.

Related: How to Get Rid of Oriental Cockroaches?

Black waterbugs aren’t dangerous to human beings because they often feed on the garbage and decaying organic matter, especially starchy foods. However, it doesn’t mean that they can’t spread diseases. Like other roaches, black waterbugs can spread human diseases and parasites and cause salmonella, allergies, and asthma. If they touch food sources, they can contaminate them and cause food poisoning and diarrhea.

True waterbugs can bite, and it’s infamously painful. That’s how they kill and feed on their prey. But it’s not a true bite as we know it because they inject the venom through their legs. If you touch or handle them, they may bite you in defense.

Black waterbugs (oriental cockroaches) are also capable of biting, although they rarely do. However, the bite isn’t dangerous and only produces a red welt.

How To Get Rid of Waterbugs in House Naturally?

To get rid of waterbugs in the house naturally, don’t create a haven for them; this is the most important thing you can do. These insects love moisture and can’t live in a dry environment, which is why the true waterbug doesn’t typically infest homes as it can’t live outside water.

But if you do see them, you can easily get rid of these creepy crawlies using typical ways to get rid of other insects. However, be careful not to touch the waterbugs with your hands because they can bite you.

Here are some tips on how you can keep waterbugs away from your house using natural means:

There are natural waterbug repellents and effective home remedies that you can apply to keep waterbugs away and prevent them from breeding. Of course, if the infestation level is high, you need to take more drastic measures and ask professionals to eliminate waterbugs.

Baking soda is a classic natural bug repellent that’s safe while being around the house. You can attract the waterbugs to the baking soda by mixing it with a little sugar. Put in a dish and place it in its favorite spot to go to. When the waterbug eats the baking soda, it’ll cause deadly reactions inside its stomach and kill it. Then, you need to clean up the dead waterbugs and make sure nothing remains there.

Boric acid is an effective way to eliminate waterbugs because it gets into their digestive system and kills them. You can use it like baking soda mixed with sugar or just sprinkle it under the cabinets and other infected places. Although it’s not fatal to human beings, keep it away from children. 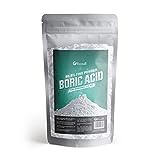 The strong aroma of cinnamon is also an effective way to keep waterbugs at bay. Sprinkle the fresh cinnamon powder in the kitchen slabs and cabinets to lure them away. You could also use cinnamon oil to have a more intense aroma and avoid the mess that comes with the powder. Rub it on the places where you feel they may be living and breeding.

Neem leaves are age-old remedies that repel many kinds of insects. It works wonders in keeping waterbugs away, too. You could use whole neem leaves or a mixture of neem oil and hot water. Spray it on the surfaces to keep the creepy insects at bay.

The pungent smell that garlic releases can repel many insects, including waterbugs. Crush several cloves of garlic and put them in infected places. The strong smell can drive them out of your home quickly and effectively, but there’s no scientific evidence that suggests garlic can kill waterbugs, so don’t rely on it as a surefire way to get rid of these pests.

True waterbug is completely different from cockroaches, although many people refer to American roaches and oriental cockroaches as waterbugs. True waterbugs are predatory insects that live in water and feed on insects and small fish. Plus, they don’t infest homes because they can’t live outside water for too long.

The common waterbug is a pest that you should get rid of because of its dangerous health concerns. Keep them away from your home by preventing any moisture buildup and blocking their entrances.

Lowenstein, D., Walton, N. (2019). Why are all these bugs appearing on the side or inside of my home? Michigan State University Extension.