Mole crickets generally resemble mammalian moles, but variation in appearance could still be observed, depending on species. Unlike true crickets, mole crickets do not have enlarged hind legs. Rather, they possess powerful forelegs, which enable them to dig tunnels remarkably.

What are mole crickets? Mole crickets are insects belonging to the family Gryllotalpidae, in the order Orthoptera. They are considered a major pest of turfgrasses and various plants as they feed on plant parts above and below ground, while their extensive burrowing dislodges the roots and eventually kills grasses.

Both feeding and tunneling habits of mole crickets cause severe damage to various grasses and plants. This article contains information on distinguishing between native and invasive mole crickets, as well as ways on how to suppress their populations.

As their name implies, mole crickets appear like tiny versions of mammalian moles. Similar to other insects, their body is composed of three segments: head, thorax, and abdomen. Most adult species have well-developed wings that enable them to fly at short distances. The total body length of adult mole crickets could reach 1.30” (33 mm).

Unlike other crickets, mole crickets are poor jumpers. Mole crickets are known for their enlarged front legs that are adapted to digging. Each foreleg has either two or four prominent finger-like claws called dactyls.

Mole crickets have cylindrical bodies with colors ranging from light yellow to dull or dark brown. Behind the head of mole crickets is a shield-like segment called pronotum, with colors and patterns that vary depending on species. Adult mole crickets also develop wings, although they are not known to be excellent fliers.

Different species of mole crickets are distinguished from one another by examining their pronotum, wings, and dactyls.

How Big Is a Mole Cricket?

Depending on species, adult mole crickets vary in length:

What Do Mole Crickets Eat?

In general, mole crickets are considered omnivores, feeding on both plant and animal matter. Food preference, however, varies upon species:

For above-ground, mole crickets could get eaten by amphibians (toads), reptiles (snakes), birds (owls and egrets), and mammals (raccoons and foxes).

Are Mole Crickets Harmful to Humans and Dogs?

More crickets are not harmful to humans. In fact, in Thailand and some regions in Papua New Guinea, mole crickets serve as components of the local diet, which are either deep-fried or curried.

On the other hand, crickets are neither poisonous nor toxic to dogs. In fact, crickets serve as an additional protein component in pet food.

Mole crickets are not known to bite people. Although mole crickets may accidentally invade households through cracks or other openings, they are generally harmless and would cause no damage. They are easily removed and returned to the outdoors by hand-picking or sweeping.

Tunneling of mole crickets also causes significant damage to the roots of plants and grasses.

How to Get Rid of Mole Crickets?

Getting rid of mole crickets would require the monitoring of populations before any implementation of control measures.

Pouring soapy water on the managed site is one of the most common ways to confirm the presence of mole cricket nymphs and adults. Soapy water is prepared by mixing one to two ounces of liquid dishwashing soap in one to two gallons of water. The resulting mixture can be applied to an area of about four square feet.

In about three minutes, nymphs and adult mole crickets will crawl to the surface. If the number of moles observed per 4 square feet area ranges from 2 to 4, then the implementation of control measures is necessary.

Before implementing any control measures, samples should be examined whether they are native or invasive species. Invasive species are easily distinguished from the native ones by the presence of two dactyls in their front legs (native species has four dactyls).

Cultural control methods are all about making the area less attractive to mole crickets. This includes proper irrigation, fertilization, and mowing. The soil’s nutrients must be maintained; thus, would require testing to check soil fertility. Soil testing is often done every 3-5 years to monitor changes in relation to fertilizer application.

When irrigating, soil type, season, and temperature should all be taken into consideration as excess water and fertilizer could lead to the formation of spongy mat or thatch, which harbor turf insects.

Mowing the lawn at the proper height would also prevent excessive thatch. Depending on species, the recommended grass heights should not be shorter than:

Insecticides used to control mole crickets come in liquid or granular formulations. Since mole crickets are active at night, applying insecticide late in the day would maximize its effects. Spot treatment is recommended but it would require careful monitoring of pest occurrence.

Irrigation may also be done before the application of chemicals, depending on the product that you are using. This is done to allow penetration of chemicals up to the plants’ root zone. Other products, on the other hand, would require post-treatment irrigation.

For other product-specific instructions such as dosage and other precautions, it is best to check the label before applying any form of insecticide. Application of insecticides is best done during June to July when mole crickets are still immature.

A list of popularly used product brands with their active ingredients can be found below: 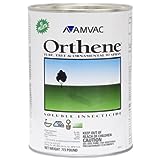 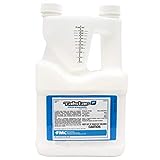 Bait formulations also work in suppressing mole crickets. However, these are often more effective in mole cricket nymphs than adult crickets. When baits are used, post-treatment irrigation may also be done depending on products to manipulate soil moisture and force crickets to move towards the surface and feed on the bait.

How to Catch Mole Crickets?

Mole crickets are known to attract mates through mating calls (songs) that are unique to the males of every species. This has been the basis in creating audio lure traps (recorded mating calls), which have been used extensively to catch mole crickets, usually for research purposes.

What Is the Best Product to Kill Mole Crickets?

More often than not, hiring a pest management professional would be necessary for creating an IPM. Trained professionals could easily recognize damage and use information that worked best from one site to aid in addressing problems on other sites.

Significant damage to plants and grasses is caused by both the feeding and tunneling habits of mole crickets. Mole crickets feed on roots and shoots, whereas tunneling exacerbates the damage on roots.

Several control methods (biological, cultural, and chemical) are available to suppress mole crickets. These methods, however, would work best when combined into an integrated pest management program.