There are several small white bugs in the house that are mistakenly identified as dust. Some people may think they’re all the same bugs, but they’re not.  However, one common white bug in the house is dust mites. These little white bugs may go unnoticed, yet they can be harmful to those who live in the house. Fortunately, there are multiple ways of getting rid of them, and the methods for all these bugs are nearly identical.

Multiple types of small bugs resemble dust. In this article, different types of bugs that look like dust, common white bugs that may be found in homes, and how to get rid of them will be covered.

What Are Tiny White Bugs Found in House?

Can Bed Bugs Be White?

Related: Natural Ways to Get Rid of Bed Bugs: A Complete Guide

Are There Bugs That Are as Tiny as Dust Particles?

Yes, there are bugs that are tiny as dust particles. Common tiny bugs that are small as specks of dust are mold mites, dust mites, booklice, and plaster bagworms. They are so little that they might go overlooked and be mistaken for dust.

Below are several types of bugs that are not only tiny but also have a dust-like appearance:

Mold mites are insects that consume molds as their primary source of food. These mites are usually unnoticed because they are so tiny and colored brown. They easily blend in on molded sections and are almost undetectable by the naked eye. This kind of mites don’t bite or feed on humans but pose the same threat as the molds that they eat.

Dust mites are the most common inside the house. They are, however, so tiny that they appear to be non-existent and are frequently mistaken for dust. These mites feed on human dead skin cells, prefer humid environments and they’re most commonly found in areas where dead skin cells tend to collect such as beds, sofas, rugs, and carpets. They are so tiny that they are almost invisible to the naked eye.

Woolly aphids are insects that are generally green or blue in appearance but have a white waxy coating on their bodies that makes them look like dust. They are a kind of insect that lives on plants and feeds on the leaves, buds, and barks. These insects are not poisonous or a threat to humans.

Whiteflies are insects with wings that are related to aphids. They are often found sucking sap from plants and beneath leaves. These insects are generally white, with white powdered wax covering their bodies and wings, giving them the appearance of dust.

Mealybugs are very similar to whiteflies in appearance. They can be identical and mistakenly the same insects. These bugs are small winged insects that can be found on plants and feeding on saps. Their bodies are covered with white powdery wax. They also have white egg sacs with a cotton-like appearance that can also be mistaken for dust.

Booklice are little insects that are usually light brown. They got their name from the fact that they are frequently seen on old books feeding on fungi, algae, molds, and glue that was used to bind the book pages. These insects can be mistaken for dust because they commonly live in damp areas with old dusty books, papers, and cardboard.

Assassin bugs are much larger than common bugs that are thought to resemble dust. These bugs feature a lengthy body and head, as well as long legs. They come in a variety of colors, including black and orange, as well as green, and brown. Assassin bugs feed on other smaller insects like aphids, flies, and larvae of beetles. When they hunt, they tend to cover their bodies in dust particles to give an illusion of a dust particle.

Plaster bagworms are tiny larvae inside a casing or shell that resembles soil or dust. Their size is similar to pumpkin seeds and they are usually grey to darker grey. They feed on wool, silk, and spider webs. These larvae are usually found sticking on walls, ceilings, and can be hiding in closets too.

Related: How to Get Rid of Plaster Bagworm? | Identification and Control Guide

How to Treat for Dust Mites?

Dust mites do not bite humans; however, their allergens can induce allergic reactions and asthma in people. To treat for dust mites, you must do the following:

Will Cleaning Dust Get Rid of the Bugs?

Cleaning dust can be effective in getting rid of most bugs inside the house since several bugs thrive in the dirt and dusty environment. Though not all bugs, such as those that live on plants, may be eliminated by cleaning dust. If there are indoor plants, wipe the leaves and remove any visible bugs that look like dust.

Where Do Dust Mites Come From?

Do All Houses Have Dust Mites?

It is almost certain that all houses have dust mites. Wherever there are dead skin cells, there are dust mites. However, with great and constant effort, dust mites can be treated in every house.

Are Dust Mites Worse in Summer or Winter?

Dust mites prefer a warm and humid environment. They appear to worsen in summer because of the hot temperature, which causes them to multiply faster. However, the allergen caused by dust mites, which causes allergies in humans, can worsen in the winter since a large number of dust mites can hide and seek to find warmth inside the house, particularly in beds and mattresses.

Is There a Spray for Dust Mites?

There are several insecticide sprays that are effective in killing dust mites. An example of a specific spray that is known to be effective is Bedlam Insecticide Spray . 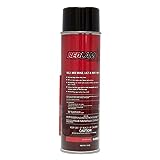 How Do I Get Rid of Dust Mites Naturally?

Generally cleaning the house is the most effective way to get rid of dust mites. Clean dusty areas and using vacuum frequently can also be effective. Lowering the humidity of the house can also help since dust mites prefer higher humidity and a warm environment. Common natural insect repellents can be helpful such as lavender, peppermint, clove, or rosemary. But the most known natural remedy is eucalyptus essential oil.

How Do You Make Eucalyptus Spray for Dust Mites?

Because there are dusty, moist, and dirty regions inside the house, common tiny white bugs thrive. They are so small that they are commonly mistaken for dust. However, there are simple measures to getting rid of the bugs. Cleaning the house frequently is one of the most common ways to get rid of them. It not only eliminates bugs but also provides a clean and appealing environment for the family.