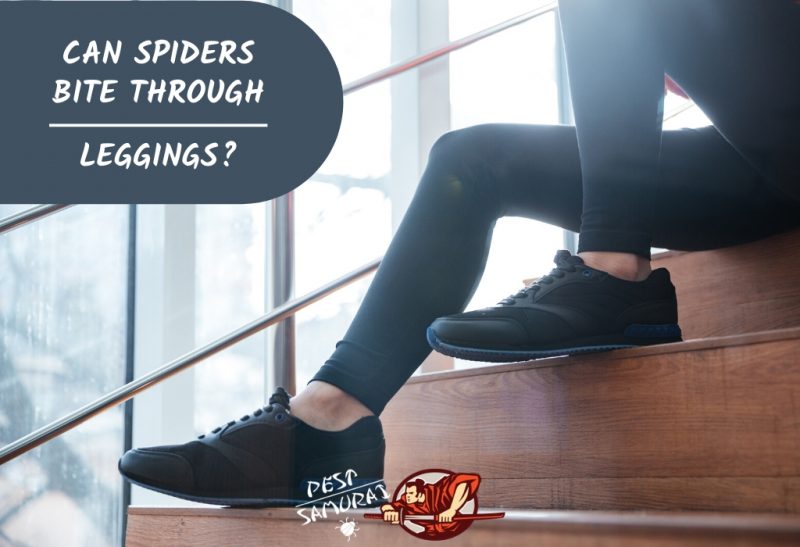 Hanging around the house or working in your garden in leggings can be very relaxing and comfortable. However, due to the thickness of the legging material you are probably concerned about getting bitten by some type of insect, especially a spider. Being aware that some varieties of spiders can be poisonous, it is very important to know through what type of material you can get bitten.

This article will discuss the two types of poisonous spiders found in the United States, why spiders bite, and the best ways to avoid being bitten by spiders. Additionally, we will talk about some common misconceptions about spider bites. Let’s begin!

Which Spiders Should You Avoid?

Fortunately, there are only a few types of poisonous spiders in the United States: brown recluse spiders and black widows. Black widows usually lurk in areas undisturbed by people like beneath leaf piles, next to fences, and under areas scattered with mulch and other debris.

Brown recluse spiders hide out in similar places and also prowl around indoors in attics and dark closets. More concerning, they also like hiding in shoes and gloves. The following are some factors that will help you identify these spiders:

Black widow spiders have a red hourglass-shaped pattern on the bottom side of their abdomen.

Brown recluse spiders have a violin-shaped design on their head. Additionally, if you get close enough to one, you might note that they have six eyes instead of the usual eight for other types of spiders.

What Causes a Spider to Bite?

Spiders are not aggressive insects and typically try to flee before resorting to biting a human. When spiders do bite, it is usually the result of them being startled by unexpected contact with a person.

Chris Buddle, a spider expert at Montreal’s McGill University, told Life Science Magazine that spiders “are far more afraid of us than we are of them.” Continuing, he stated that he had been “handling spiders” for about 20 years and “never had been bitten.”

However, spiders do bite humans on some occasions. For that reason, it is crucial to know how to avoid being bitten by a spider.

How to Avoid Being Bitten by Spiders: Guide and Tips

There are several things you can do to reduce the chance of getting bitten by spiders. For example, you can place spider traps against your baseboards, behind doors, in corners, and under furniture.

However, when purchasing spider traps, it is best to find ones that are non-toxic like Terro Spider and Insect Traps, particularly if you have small children or pets. 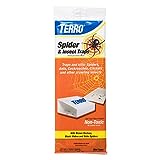 MDX Concepts’ Magma Home Pest Spray is a popular option if you need an excellent indoor and outdoor spray. This insecticide is made with all-natural and non-toxic ingredients, pet-friendly and safe for use around people. Additionally, it controls various pests like ants, fleas, cockroaches, stink bugs, silverfish, and more.

Nowadays, many people use electronic plugin repellents for controlling spiders, mice, and a host of other household pests. Neatmaster is a popular ultrasonic pest repeller that uses bionic waves, electromagnetic waves, and ultrasonic waves to force pests out of your home.

Best of all, it is safe for use around children and pets, and there is never a need to clean up dead pests.

Tips and Tricks for Avoiding Spiders and Their Bites

Spiders are timid and usually avoid areas of your home with a lot of open spaces and lots of activity. However, they will bite if startled or provoked. For that reason, it’s crucial to implement a few simple practices to avoid coming into contact with them.

1. Avoid Throwing Clothing on the Floor

Don’t throw clothes on the floor and later wear them the next day. If you have children that do this, teach them to shake the clothes or squish them into a ball before getting dressed.

2. Check Beneath and Around Items

3. Do Not Stack Wood up Against Your House

Spiders love taking up residence inside woodpiles, and storing wood next to your house increases the likelihood that they will wander into your home. Additionally, wear gloves before handling wood, making sure you shake them out first and look for spiders tucked inside.

4. Keep your Bed Away From the Wall

Consider removing bed skirts and moving beds slightly back from walls so spiders can’t crawl up on your beds. Likewise, remove any clutter from beneath your beds, particularly if it touches the bottom side of your mattress or boxed springs.

5. Clean up Any Unnecessary Clutter in Your Home

Clean up clutter particularly in rooms like basements and attics. Spiders love nesting beneath items like old newspapers, cardboard, plywood, and tarps.

Don’t leave your skin exposed when you work in wooded areas or around piles of leaves, logs, or clutter.

7. Shake Everything Before the Use

Shake out any clothing or blankets stored in basements or the attic before use. Likewise, carefully check any work boots, shoes, or clothing stored in garages before donning them.

8. Teach Children to Avoid Picking up Rocks or Tree Parts

Teach your children not to play around piles of rocks or wood. Similarly, teach them to always check before reaching their hands into any tight spaces where spiders might be lurking like the corners of basements and attics.

There are a few common misconceptions regarding spider bites. For example, many people think that daddy-long-legs spider bites are deadly.

However, there are two problems with that notion. First of all, daddy-long-legs spiders don’t have fangs and don’t bite. Additionally, they aren’t even spiders. They are arachnids like spiders, but they are in a different order named Opiliones. Which makes them more related to scorpions than with the real spiders.

Although many people think that black widow spiders are deadly, death incidents are rare and typically only happen to children, the elderly, and the infirm. Additionally, black widows usually don’t inject venom unless they plan on eating their victims.

Spiders Only Feed by Biting Their Prey

Many people think that spiders only feed on the “juices of their prey.” However, that isn’t true. All spiders digest some of the solid parts of their victims by spitting digestive juice on them and then consuming the liquified remains.

The Venom From Spider Bites Is Bad for You

Actually, scientists are currently hoping to use spider venom to develop new medical treatments. For example, ongoing research is aimed at treating diseases like Alzheimer’s and muscular dystrophy, according to Lauren Esposito, a spider expert at the California Academy of Sciences.

We hope this article relieved any concerns you may have about spider bites. Fortunately, there are only two types of poisonous spiders in the United States.

Best of all, by taking a few simple precautions, you can typically avoid coming into contact with spiders altogether.

You might want to consider sharing this article with friends and family members or even bookmarking it for future reference if you get another pest problem. Best of luck!

Things you can do to reduce the chances of being bitten by brown recluses, University of California Riverside