Stink bugs have a bad reputation for being stinky. Furthermore, the majority of them are herbivores, eating on shrubs, vines, ornamental trees, and a variety of cultivated crops. As a result, homeowners are frequently seeking solutions to keep these pests at bay before an infestation begins.

Here are the effective methods in deterring the presence of stink bugs:

In this article, we’ll describe the nature of a stink bug, including its physical characteristics, preferences, habitat, and risks. This article will also discuss the ways on how to get rid of them.

A stink bug generally appears to be small since its leaf-shaped structure only ranges from ½ to ¾ inches in length. Their antennae and legs have a hint of brown and white, while their abdomen is adorned with patterns of white and black. They also have to suck mouthparts that are used when taking out the liquids and juices from preys and plants.

A baby stink bug measures approximately 2-12 mm. The structure of its head, legs, and antennae are the same as the adult bugs but just smaller in size. Young green stink bugs are primarily black, while the brown stink bugs are light green.

Are Stink Bugs and Box Elder Bugs the Same Insect?

Stink bugs are not the same as elder bugs, although they may be mistaken to be the same. This is because of their similar appearances and their foul odor when crushed. They also belong to the same family as stink bugs and other species with sucking mouthparts.

In some ways, stink bugs look like weevils. Just like stink bugs, weevils have six legs and two antennae, and they appear to be dark in color. However, they have a slender structure than the stink bugs, and their bodies are divided into three regions.

You may think of stink bugs as complete pests, but they also play a good role in our environment. It is said that stink bugs use their sucking mouthparts to prey on aphids, caterpillars, beetles, and other insects that cause damage to plants.

Although they destroy fruits and crops, it is good to know that they can also protect other plants by preying on insects found in them.

Where Did Stink Bugs Come From?

Stink bugs are now common in North America as they have rapidly increased in the Midwestern and Eastern parts of the United States, including the West Coast. They have also reached the southern part of Ontario and Quebec in Canada.

Stink bugs are big fanatics of lights. When they see bright-colored lights, they will probably feast and stay in that area. They are also attracted to plants such as the Hawthorn, Red alder, and English holly.

Stink bugs are invasive species. They can spread aggressively in areas conducive for them, such as in fruits and crops, houses, and in buildings and establishments when the weather is cold.

These insects can be considered a menace to gardens and backyards. Not only will they devour vegetables and fruits, but they will also destroy ornamental plants and flowers.

Why Do Stink Bugs Stink?

It is said that both the male and the female stink bugs produce an obnoxious fragrance to drive away their predators. It is their form of defense mechanism so that their hunters would not catch and eat them. Other than that, it is also their way of getting the attention of other stink bugs.

Some of the known predators of stink bugs include the Spine soldier bugs, Samurai wasp, and Blue shieldbug.

Do Stink Bugs Bite or Harm Humans and Animals?

In general, stink bugs do not bite or harm humans and animals. However, the liquid coming from the stink bugs may irritate the gastrointestinal tract of cats and dogs when ingested.

To humans, the pungent smell of stink bugs may cause allergic reactions such as conjunctivitis and rhinitis, while exposure to the skin when these insects are crushed may lead to dermatitis.

On the other hand, geckos would most probably eat any kind of bug and insect. However, the obnoxious odor of stink bugs may prevent them from preying on it.

Are Stink Bugs Harmful to Plants?

Stink bugs tend to destroy fruits such as peaches, apples, and apricots and crops like corn, soybeans, and tomatoes. It also causes damage to weeds and ornamental plants. This is the reason why they are considered an agricultural nuisance.

What Are the Anti-Stink Bug Plants?

Effective Methods to Deter the Presence of Stink Bugs

This is considered one of the primary ways of killing stink bugs. The chemicals found in broad-spectrum insecticides instantly torment them, making it one of the most popular means of managing pest invasion in the agricultural setting.

Close the cracks and holes in areas where these pests would usually stay and enter. If the screens of your windows and doors are also damaged, it would be better to repair or replace them so that any possibility of entry would be prevented.

This involves the physical employment of home and agricultural strategies in trapping and confining stink bugs. It could be a sticky trap or a pyramid trap with pheromone lures to attract them.

If you happen to see a throng of stink bugs clustering inside or outside your house, it is advisable to use vacuum cleaners in sweeping and removing them. This gives them a lesser chance of fleeing and scattering to other places inside your homes.

It is a settled fact that stink bugs are easily attracted to lights. Therefore, it is advisable to change the color of your exterior lights to stop them from being enticed to them. If it is possible to turn these lights off, do it.

The utilization of insect predators in battling pest invasion could be an excellent strategy. These natural enemies feed on stink bugs, thereby reducing their population to a tolerable degree.

Implement simple ways of storing your meals, condiments, and even your trash. Start this method by storing your food in tight and closed receptacles and throwing your garbage properly.

8. Inspect Belongings Before Bringing Them In

This can be very helpful if you do not want these pests to invade your homes. Stink bugs are known to be excellent hitchhikers, and they can easily get into your bags or even your shoes and clothing.

Best Products to Use in Getting Rid of Stink Bugs

To provide further information on how to effectively exterminate these insects, we made a list of the best products you can buy to combat the spread of stink bugs. Here it is:

If you are looking for the best stink bug traps, the stink bug attractant from the brand Rescue!  is a perfect choice. Because it uses pheromone lures to attract stink bugs within a 30-foot radius, the scope of this product is very wide. It is also safe to apply as it is odorless and does not contain any poisonous chemicals. 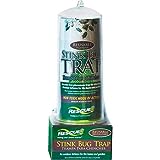 The Terro T3501-6 Stink Bug Killer Aerosol Spray  is one of the best options for bug sprays and insecticides. It is very effective to use as it rapidly kills stink bugs when in contact for up to six weeks. Because it is odorless and does not cause stains, it is suitable for both indoor and outdoor uses. 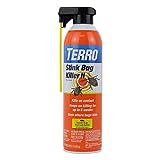 If you want a practical and convenient stink bug trap, this technique is for you. You will only need a large pan with water and soap and a light that will reflect on the soap solution. Since stink bugs are fascinated with lights, there is a big possibility that they will follow it, and when they reach the water, they will have difficulty escaping from it.

Best Soap to Get Rid of Stink Bug Smell

Getting rid of the foul smell of stink bugs can be challenging. But with the Stainless Steel Soap, Odor Remover Bar  from Ueasy Store, removing their irritating scent when it sticks to your skin would not be a problem. It is very effective in brushing off unwanted and strong odors, such as those released by onions, fish, bugs, and many more. 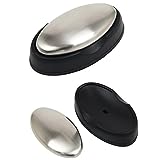 In conclusion, stink bugs may be considered as hazards in our backyards and farms, but they also play an important function in promoting the natural balance of the ecosystem.

They will continue to exist as time goes by, so controlling their damaging habits is imperative. However, this would now be easy as we have already acquired valuable knowledge on how to effectively spot and deter them.