Raccoons are known to be omnivorous animals, which means they eat almost anything available to them. This includes fruit, vegetables, and small animals. In some areas, they prefer to eat invertebrates rather than vertebrates. But in most cases, raccoons attack animals that are most vulnerable and cannot fight back.

Do raccoons attack and eat chickens? Raccoons are known to attack and eat chickens. Chickens are among their favorite food. They usually attack chicken coops at night when everybody is sleeping. Nevertheless, they rarely eat a whole adult chicken. Instead, they prefer eating some parts such as the head and eggs.

Raccoons can easily be identified because they have “black-masked” faces and bushy, ringed tails. Their front paws look like human hands, which makes them very skillful in a lot of tasks. An average raccoon may weigh about 6-7 kilos, and males are usually a bit bigger than females.

This article will discuss how raccoons attack and kill chickens, as well as how to protect your chickens from these predators.

What Animals Do Raccoons Hunt and Kill?

Generally speaking, raccoons are not good hunters. Although sometimes they can catch small rats and squirrels, these bear-like animals prefer to eat small animals, such as fishes, snails, turtles, rabbits, and frogs.

A hungry raccoon may also kill and eat house cats and kittens if there’s no other food available nearby. They also hunt for small reptiles, amphibians, and fowls, including birds and chickens, as well as chicken eggs.

Nevertheless, they prefer hunting for easier meals such as small insects, if they are available. Aside from animals, raccoons also love to eat white bread, berries, nuts, and vegetables such as sweet corn.

Related: Do Raccoons Attack Humans and Our Pets (Cats, Dogs, and Other)? | Information and Facts

How Do Raccoons Kill Chickens?

Raccoons kill chickens by attacking chicken coops. Because they are nocturnal animals and have excellent night vision, they mostly attack at night.

If you find dead chickens with no head or breast inside your chicken coop, raccoons are most likely the predators. They may also steal eggs and eat them from afar.

Being an intelligent predator, a raccoon will visit a chicken coop at least once a week. If there’s an opening, it will enter and attack the most vulnerable chicken or baby chick. It may also grab any part of a chicken’s body through a small hole. In most cases, the attacking raccoon will pull the neck or legs of its prey chicken.

In some cases, more than one chicken can be killed in a single attack. This usually happens when two or more raccoons join forces to gain more. One or two raccoons will scare the chickens to go to one end of the coop. Then, the other raccoon will grab the chicken or chickens that are closest to the fence.

Raccoons have a great sense of smell, but they cannot smell if there’s a chicken around. However, these disgusting predators can smell chicken feed. Therefore, raccoons can easily find the chicken coop and launch an attack once there’s a chance. Aside from being great climbers, they can also dig under the fence.

How to Protect Your Chickens From Raccoons?

Therefore, here are some of the things you can do:

Avoid leaving open chicken feed bags at night. You should also clean and dry feeders before you sleep. If you have pet dogs or cats, don’t feed them outside, especially near the coop. But if you do, make sure that the pet dishes are empty at night. And remember, don’t feed raccoons intentionally. They are pests and not your pets.

Raccoons are also attracted to water, so empty the waterers inside the coop at night. If you have other sources of water near the coop, cover them tightly. They also eat garbage, so keep lids on your trash cans. But most of all, don’t allow your chickens to free-range at night. Make sure all of them are inside the coop.

Related: What Scent Will Keep Raccoons Away? | Information & Facts

Make sure that the coop doors and windows are always closed at night. You might also want to build a reliable fence. However, don’t use chicken wire because raccoons can easily destroy them. Instead, use hardware cloth with a fine mesh. Nevertheless, electric fencing could be a better idea.

Regardless of the type of fence you choose, bury it about 2-4 feet deep around the coop. As mentioned above, raccoons can dig very well. And because raccoons are also smart, they can open simple latches and padlocks. Therefore, you might want to use complex latches and locks with more than 2 combinations.

Aside from not allowing raccoons to go near your chicken coop, you can also scare them so they will leave and never come back.

They are known to hate the strong smell of ammonia, cayenne pepper, garlic, hot peppers, and onions. Therefore, spray them around the coop, and raccoons will undoubtedly leave.

Because raccoons will mostly attack at night, you can also install flashing lights or motion sensor lights around the coop. It will also scare them away.

Nevertheless, they are also afraid of strange noises, so leaving a radio on is also a great option. Just make sure your neighbors will not be disturbed or annoyed.

Trapping a stubborn raccoon is not as hard as you think. You can buy a trap online or create one by yourself. But before anything else, check the laws in your area regarding catching raccoons and relocating them. After securing the necessary permit, place the trap where there has been a presence of raccoons.

To effectively catch raccoons, use bait that they are most attracted to. This includes marshmallows, fresh fruit, wet pet food, canned tuna, crisp bacon, fatty meat, sweet corn, or watermelon. You can also use a whole uncooked chicken egg as bait. Afterward, check the trap regularly, especially in the morning.

Once you catch a raccoon, always wear the proper PPE (personal protective equipment). These critters carry viral diseases such as rabies, canine distemper, and pseudorabies. They also carry bacterial diseases such as leptospirosis, listeriosis, pasteurellosis, and tularemia, as well as raccoon roundworm.

What Animal Will Protect Chickens From Raccoons?

There are lots of animals that can protect your chickens from raccoons. This includes geese, turkeys, guinea fowls, and roosters.

Alpacas and donkeys are also good protectors of chickens against raccoons. But because raccoons are very likely to attack at night, guard dogs are ideal and the most reliable ones.

However, some dogs may also chase and attack your chickens, especially the free-range ones. Therefore, you might want to choose a breed that is very easy to train. Among them are Akbash, Great Pyrenees (Pyrenean Mountain Dog), Kangal Shepherd Dog, Polish Tatra Sheepdog, and Pyrenean Mastiff.

What Is the Best Wire to Use for Chicken?

There are different kinds of wires that you can use to cover your chicken coop. But then, not all of them can effectively protect your chickens.

Chicken wire may be the cheapest. However, it is made only from thin wires, and raccoons can easily destroy it. It also doesn’t have an extra coating to protect itself from rust.

What Can You Buy on Amazon to Keep Chickens From Raccoons?

You can easily buy a raccoon trap from Amazon. Choose the one made of thick, solid steel galvanized and rust-resistant steel. The cage should have a strong mechanism so that the raccoon cannot escape. Nonetheless, the design should also be simple but made convenient for transporting the trapped raccoons. 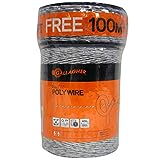 You can also buy electric wire or fencing for your chicken coop from Amazon. The size will depend on the size of your coop.

You will also need to buy an energizer . It can be solar, battery-operated, or powered by electricity. Choose the one that’s easy to install and move. It should be safe for you and your chickens.

If you have reached this far, you probably have learned some techniques on how to protect your chickens against raccoons. Nevertheless, you should not kill or harm the raccoons that you captured; laws are protecting them. But more importantly, keep safe from the diseases that these nuisance pests are carrying.